Author: Marta Rojas Rodríguez
The fact that the Cuban people were politically prepared and full of patriotic fervor in 1953 is made evident in the social composition of the revolutionary movement which the young attorney, Fidel Castro Ruz, was able to pull together in a short period of time following the military coup of March 10, 1952, carried out by Fulgencio Batista, and promptly recognized by the United States government, practically on the eve of general elections scheduled for June 1 that year.

The members of what would become a transforming, revolutionary movement recognized the critical moment in which they were living. They reflected the conception of the people that Fidel would later define in his defense statement following the Moncada assault known as “History will absolve me.”

The spark of a true revolution was lit among broad layers of Cuba society: campesinos, workers, modest professionals, unemployed youth, and those with precarious and seasonal jobs, drawn to the political program presented to the nation as the Moncada Manifesto. The insurgents were not only audacious. They understood and wanted to achieve more than a simple change of government.

The organization’s program was outlined by Fidel. A part came from the 1940 Constitution, abolished by Batista during the coup. This document, among other precepts, abolished the possession of vast areas of land, but laws to implement a land reform were never approved. Fidel’s proposal included as a fundamental point rejection of U.S. companies’ control, like that of the United Fruit Company, and others of all kinds, including those providing electricity and telephone services, as well as gasoline refineries.

Also among fundamental elements were the development of public education, a health care program within the reach of the entire people, and many other social demands that became a reality after the January 1, 1959, triumph of the Revolution, following the victory of the Rebel Army led by Fidel in the Sierra Maestra.

One antecedent is worth recalling, to better understand this silent organization of youth, ready to give their lives for the homeland. Throughout the decade, Cuba had seen a mass movement, described by many as “populist,” led by one unchallenged leader, Senator Eduardo Chibás, who advocated virtuous, honorable administration by the government as his political platform, which had as its symbol a broom, to sweep away all the evils inherited from a republic that was born lame, after the U.S. intervention at the end of a three-decade struggle for independence waged by Cubans since 1868, when Carlos Manuel de Céspedes launched the anti-colonial war, beginning by freeing slaves he held at La Demajagua plantation and inviting them to join the fight for Cuba’s freedom, as free men. A unique event in the history of the Americas.

In 1953, the youth who would become the 26th of July Movement stated in their Manifesto that they were assuming “the revolution of Céspedes, Agramonte, Maceo, and Martí; of Mella, and of Guiteras, of Trejo, and of Chibás», since “in the conscience of Cuba’s men lies the triumph of the Cuban Revolution.”

For different tactical reasons, the definitive victory was no won at other historical moments, but the composition of the revolutionary, insurgent group of 1953 was similar to that of the great wars 50 years earlier, before the crippled first republic.

Illiteracy was growing in the 1950s, since public education and healthcare were of little concern to the governments of the moment, but political culture, in the most advanced sense of the term, was developing rapidly in our society, thanks to the patriotic tradition.

This is evident when considering a few examples of the social origins of the July 26 insurgents killed, the majority murdered, and some survivors. This is a representative list. Since Fidel was able to recruit about 1,000, most of whom would later join the 26th of July Movement, play important roles, and become heroes and martyrs. They represent, as he said, the people of Cuba, when it comes to struggle, the social composition of the group is revealing.

In this profile, brief but eloquent, gives some idea of the movement’s social composition. But the unemployed, or marginally employed, must also be added, including Osvaldo Socarrás and Humberto Valdés Casañas, who were day workers earning just enough to eat, as car parkers; or Giraldo Córdoba Cardín, who was trying to make a living as a boxer; Rolando San Román, occasional oyster saleman and José Testa Zaragoza, who sold flowers; and Antonio Ñico López, produce seller in a Havana market. Ñico López was saved, was exiled to Guatemala, and during the government of Jacobo Arbenz, the first of the revolutionaries to meet the young doctor Ernesto Che Guevara, who he later introduced to Fidel and Raúl. It was from Nico that Che learned the details of how the Moncada assault, and that on the garrison on Bayamo, were organized, July 26,1953.

Others who must be mentioned to complete the picture of “the people, when it comes to struggle,” as Fidel said during his trial: Pedro Miret, engineering student; Raúl Castro, student; Mario Muñoz, doctor; Haydée Santamaría, self-taught homemaker; Melba Hernández Rodríguez del Rey, practicing lawyer, as was Fidel Castro Ruz.

All – mentioned or not – were imbued with historical knowledge, from the independence days to the most contemporary. As was demonstrated during the Moncada trials, they knew, for example, about the importance of the sugar workers leader, Jesús Menéndez, who Abel especially admired, since he had worked in the former Constancia mill, in Villa Clara where the Santamaría family lived. Abel, Haydée’s brother, was the movement’s number two leader. He was captured during the assault, tortured horribly, and murdered in the Moncada Garrison. 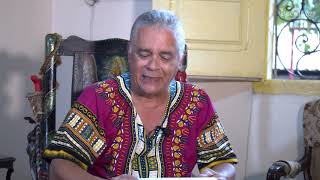 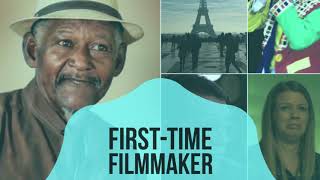 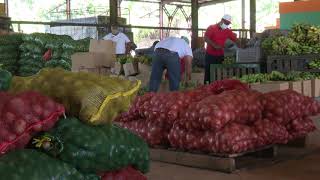 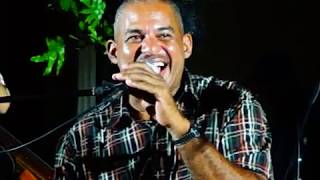