Audio: Xiomara Pieri Jimenez
Public health officials are calling to an early and immediate detection of glaucoma that in Santiago de Cuba.

There is a lot of information about glaucoma as a disease, but few people go to the doctor on time, on the contrary, they go to a consultation with the specialist when it is very late.

Glaucoma is defined as a group of eye disorders that damage tothe optic nerve, the nerve that carries visual information from the eye to the brain. In many cases, damage to the optic nerve is due to increased pressure in one eye, also known as intraocular pressure.

The causes of Glaucoma are:

Glaucoma is the second most common cause of blindness and there are four: The front of the eye is filled with a clear liquid called aqueous humor, which is always produced in the back of the eye.

This liquid leaves the eye through channels in the front of the eye, in an area called the anterior chamber angle or simply the angle. Anything that slows or blocks the flow of this liquid out of the eye will cause a buildup of pressure in the eye.

This pressure is called intraocular pressure (IOP). In most cases of glaucoma, this pressure is high and causes damage to the largest nerve in the eye, called the optic nerve.

Open-angle glaucoma: With good care, most patients with this type of glaucoma can manage their condition and will not lose vision, but this condition cannot be cured. Careful monitoring with your doctor is important. 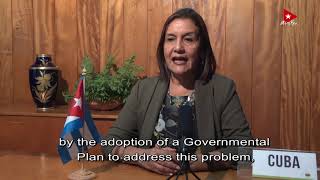