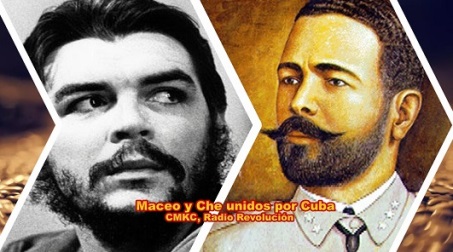 Born in Santiago de Cuba, the independence patriot was formed in a mestizo peasant family, enemy of the socioeconomic discrimination imposed by the Spanish metropolis.

Along with the entire Maceo-Grajales family, Antonio was among the first to unite the insurgent troops when Carlos Manuel de Céspedes proclaimed in Yara his epic struggle for independence.

His exploits during the 10-Year War and the firmness of his independence and anti-slavery ideal provided him with great leadership among the insurgent forces.

For this reason, after the truce without freedom or abolition of slavery specified in the Zanjon Pact, he led the Protest in Baraguá, an action that definitively marked the passage of the separatist leadership into the hands of the most popular and radical sectors.

During the revolutionary truce stage (1878-1895), he kept the flame of rebellion alive along with other emigrants and in 1895, when Jose Marti called to restart the war under the leadership of the Cuban Revolutionary Party, he participated alongside the latter and Máximo Gómez at the La Mejorana meeting to define the strategy to follow.

His skill as architect of military art was confirmed by the fulfillment of the strategic mission of leading the revolution from Mangos de Baraguá to the westernmost point of the island.

He fell in combat on December 7, 1896 at the San Pedro farm in the outskirts of Havana, preventing him from concluding his independence intention in Cuba.

CHE GUEVARA ON THE MACEO ROUTE

A medical graduate in Argentina, Dr. Ernesto Guevara came into contact with Cuban revolutionaries in Guatemala, where he supported the resistance against the coup d’etat organized in 1954 by the United States Central Intelligence Agency, forcinghim to emigrate to Mexico, where he met Fidel Castro and was one of the first to join the preparations for the Granma yacht expedition..

Once in the armed struggle in the Sierra Maestra mountains, due to his revolutionary merits, he became the first member of the Rebel Army to be promoted commander and head of a column.

In the development of the war, he carried out the most difficult missions in confronting the enemy, preparing the troops, and using social communication as a combat weapon.

Along with Commander Camilo Cienfuegos, he was designated column chief, in late August 1958, to carry out the invasion west of the country. It was his mission to unify the rebel forces in the then province of Las Villas and to beat the enemy in that territory.

After a march full of hardships, on December 30, 1958, forces commanded by him delivered a devastating blow to the dictatorship of Fulgencio Batista in the battle of Santa Clara.

After the triumph of January 1, Cuban nationality was conferred on him for his merits and he held the positions of President of the National Bank and Minister of Industries.

Consistent with his internationalist ideology, in the 1960s he marched to Congo where he headed a guerrilla column, and later started a guerrilla campaign in Bolivia on November 3, 1966 to break the submission of South America to the United States.

At the head of the National Liberation Army of that Andean country, he was captured wounded in an unequal combat on October 8, 1968. On CIA orders, he was assassinated 24 hours later in the area known as La Higuera.