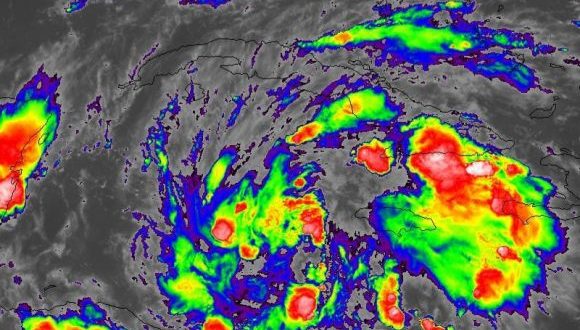 Insmet, founded in 1965, is a national institution with 68 weather stations across the island, eight radars and a facility in the Mariel Special Development Zone

In the year 2016, right when Hurricane Matthew was hitting the eastern region of Cuba, Meteorology-graduate Osniel Armas Forteza was starting his working life, and this event was the push he needed to get a jobat the National Weather Forecast Center, in the Institute of Meteorology (Insmet), located in Havana.

Osniel – who has been working at Insmet for five years now and currently holds the position of senior specialist – and the rest of the young people working in the various departments of the Institute of Meteorology, have stories to tell and a share the same love for their profession.

José Rubiera Torres, DSc, confirmed this in a conversation with Granma. He believes the new generation is ready to take over and shine in any position they hold at the institute, nationwide.

The Institute of Meteorology, with its nine national centers and 14 provincial centers, is in charge of weather surveillance in the whole country, and is a school for all those who have the honor of working there, providing society with more than just the weather forecast, explains Celso Pazos Alberdi, DSc and director of the institute.

Insmet is a national institution with 68 weather stations across the island, eight radars and a facility in the Mariel Special Development Zone, which forecasts weather and climate and is in charge of other studies associated with agricultural weather forecasts and the environment, among others.

Each of the national centers contribute to the preparation of the weather and climate forecast provided to the government, the people and the economy.

In this effort, it is fundamental the collaboration among organizations of the Central Administration of the State and the civil society. An example of the several institutions working together is the link among the National General Staff of the Civil Defense, the National Institute of Water Resources and the Cuban Radio and Television Institute (ICRT).

Particularly, one of the tasks of the Weather Forecast Center is to release the final information on the weather situation and in the proximity of a dangerous event to the public and the authorities, explains Miriam Teresita Llanes, DSc, and director of the center,.

Regarding how the work is done, she said that the team is composed of a shift manager, a deputy manager and several specialists.

Most of the workers are young. For many years the center has have been working with an extended ten-day weather forecast, and the surveillance allows to release early warnings with more than 72 hours in advance.

The latter used to be released only for the government and the Civil Defense, but it was later decided that it was more suitable to make them public.

For that reason, the center have been recently testing this new system beware of not raising false alarm, it has made possible to get ready in advance for any circumstance, as it happened recently with the Tropical Storm Elsa, she underlines.

In this sense, José Rubiera adds that the release of the weather forecast to the people, even when they are not about tropical hurricanes, has the main purpose of supplying as much information as possible so the proper measures can be adopted. Therefore, weather forecasters should be able to communicate as part of their job, he stresses.

“The weather forecasts we release can be misunderstood since Meteorology is not an exact science, and there is a chance what is said will happen or not. We look at various models, we work with various colleagues to provide a final product that has been approved by everyone, even the specialists in the provinces,” Llanes explains.

She advances that this hurricane season would be active because the conditions are favorable and recommended to stay up to date, especially due to our geographical position.

Work at Insmet goes beyond weather forecasts or the tracking of a natural phenomenon. Antonio Vladimir Guevara Velazco, MSc, head of the scientific department at the institute, makes a summary of the scientific activity that involves all of the national weather system.

Chinese vaccine Sinopharm administered with Soberana Plus in Cienfuegos

In 2021, he underlines, they are working in 48 scientific projects distributed among national, sectoral and territorial programs, and other projects, such as business ones.

According to the official, some of the national programs are related to the adaptation and relief to climate change, energy development, aging, longevity and health.

Another major line of work is in the technical-scientific services for which the State allocates funds. “We have eight services working this year, six are traditional ones, such as weather, climate, marine weather, among others.The other two are commissions of major sectors of the national economy.”

An example of this service by commission, is the one rendered to the Special Development Zone of Mariel, where there is a new type of weather station that integrates activities such as weather forecast, marine weather forecast and air pollution. He explains that the service is provided according to the interests of the zone.

Inventiveness is another of the strengths of those working at Insmet and it shines whenever difficulties arise, even for difficulties in the system, such as the one related with technology.

In the words of Guevara Velazco, many of the tracking systems or the instruments are indeed working thanks to the inventiveness specialists, technicians and engineers that keep them working.

An example of this is the innovation to the radars which have even made possible to export this service to other countries of the region. It has been equally useful in the update to state-of-the-art technology undergone by the stations network, with some of the facilities in operation for 50, 60, and even 100 years.

Certainly, the work of the national weather system, since the creation of Insmet in 1965 – whether it is through real-time research for the weather forecast or the projects they propose every year – provides the information needed to protect human lives and reduce damages during dangerous events, by improving the service and contributing to the scientific development of weather forecasting in the country. (Translated by ESTI)