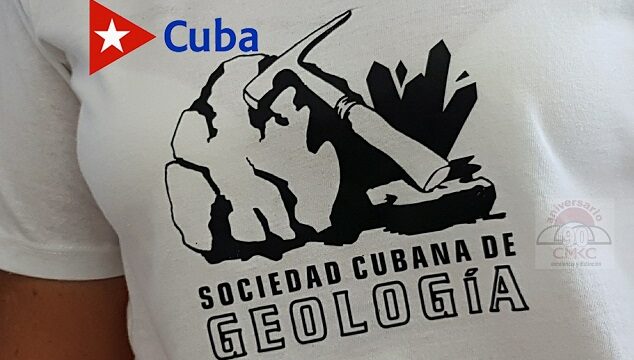 The need to encourage the study of geosciences in the new generations is one of the challenges assumed today by the professionals of this science in Santiago de Cuba, according to the Cuban Society of Geology.

At present there are only 30 students majoring in this field in the Higher Institute of Mining and Metallurgy of Moa, one of the two centers where you find the major in the country.

If this situation continues, the time will come when there will be no more active geologists, and if we do not promote a gradual and intentional training with the younger ones, we will not be able to meet, at least immediately, the needs that will arise in the future.

The creation of special interests’ clubs with elementary and junior high school students, educational talks, tours of institutions and geological excursions in direct interaction with the field are among the actions that contribute to vocational training for the study of what are also known as earth sciences.

Hazard, vulnerability and risk studies should be part of the curricula of other majors such as civil engineering.

For example, when laying the foundations of a building, it is essential to know the characteristics of the land, since the effectiveness of the calculations to be made will depend on it, and therefore, the structural vulnerability of the construction.

The third National Convention of Geosciences of Cuba was held for the first time in Santiago de Cuba in 2005 and on that occasion more than 50 papers showed the value of this branch for the development of today’s society.

Nowadays, mining, geophysics and other related specialties are gaining space in society. Now it is up to the Geosciences personnel to continue working for a better quality of life of the population in a country where there are natural risks, which can be minimized with knowledge and training.

In this sense, it is pointed out that many of the existing natural hazards are related to geological activity, including tsunamis, earthquakes, landslides, and water and soil contamination.

Geosciences will also be developed with the support of other related disciplines such as: Geology, Geophysics, Computer Science, Mining and Oil and Gas studies.

Earth Sciences or Geosciences are the natural science disciplines that study the structure, morphology, evolution and dynamics of planet Earth. It is a particular case of planetary sciences, which deal with the study of the planets of the Solar System.

The Earth sciences constitute a set of research fields circumscribed to the temporal and spatial study of the physical-natural world, including the study of living beings such as animals and plants, as well as their interactions with the physical world.

Earth science or Geoscience includes all fields of natural science related to the planet Earth. This is a branch of science dealing with the physical, chemical, and biological complex constitutions and synergistic linkages of Earth’s four spheres, namely biosphere, hydrosphere, atmosphere, and geosphere. Earth science can be considered to be a branch of planetary science, but with a much older history. Earth science encompasses four main branches of study, the lithosphere, the hydrosphere, the atmosphere, and the biosphere, each of which is further broken down into more specialized fields.

The geoscience– There are both reductionist and holistic approaches to Earth sciences. It is also the study of Earth and its neighbors in space. Some Earth scientists use their knowledge of the planet to locate and develop energy and mineral resources. Others study the impact of human activity on Earth’s environment, and design methods to protect the planet. Some use their knowledge about Earth processes such as volcanoes, earthquakes, and hurricanes to plan communities that will not expose people to these dangerous events.

Geoscience can include the study of geology, the lithosphere, and the large-scale structure of Earth’s interior, as well as the atmosphere, hydrosphere, and biosphere. Typically, Earth scientists use tools from geology, chronology, physics, chemistry, geography, biology, and mathematics to build a quantitative understanding of how Earth works and evolves. For example, meteorologists study the weather and watch for dangerous storms. Hydrologists examine water and warn of floods. Seismologists study earthquakes and try to understand where they will strike.

Geologists study rocks and help to locate useful minerals. Earth scientists often work in the field—perhaps climbing mountains, exploring the seabed, crawling through caves, or wading in swamps. They measure and collect samples (such as rocks or river water), then record their findings on charts and maps.