Santiago de Cuba: San Juan Hill Park, which hosts the “Tree of Peace”, and was witness to the outcome of the Cuban-Spanish-American War, has regained its previous splendor, as the only place in the world where visitors can immerse themselves within the setting of this crucial late nineteenth century military conflict.

As a bronze plaque on a prominent fortress of the site, located east of the city, reads: “On this hill, U.S. troops led by General William R. Shafter and Cubans commanded by Major General Calixto García Íñiguez, fought the final battle against the army that maintained Spain’s sovereignty over Cuba.”

The events that occurred between May 12 and August 24, 1898, according to architect Omar López Rodríguez, director of the City Curator’s Office, together with the signing of the capitulation of Santiago de Cuba under the shadow of a nearby Ceiba tree (July 16, 1898 – today known as the Tree of Peace), gives special notoriety to the place.

From 1929 onward, the setting has hosted numerous exhibits and monuments, among which those dedicated to the victorious Mambis, the U.S. participants in Cuba’s independence struggle, and the Spanish soldier who died for his duty, stand out.

The site also has a range of forts, artillery, trenches which served during the battle, trails and plaques that explain what happened, as well as other related events and their protagonists, together with further elements which were installed at the site to mark 100 years since the historical episode.

In the case of the Tree of Peace, after the original Ceiba died, precisely in the centenary year, another was planted at the site, which now measures 15 meters, and like its predecessor is flanked by eight huge open books cast in bronze, as well as cannons and lush woodland, as would have existed at the time of the battle.

Among the books, one lists the leadership of the Liberation Army that participated in the battle, two include the names of the Mambis killed in the fierce fighting, and the remaining five list the members of the U.S. forces who fell in combat.

In a prominent corner, a monument reflects the image of Calixto García and the text of the letter he sent on July 17,1898, to General Shafter, in protest of the decision to prevent the worthy Mambis from entering Santiago de Cuba, given the absurd rumor that this would cause possible acts of retaliation against the Spanish.

“Such a meaningful area,” Omar López notes, “was integrated, to mark the 500th anniversary of the former Santiago villa, together with the July 26 Amusement Park and the Zoological Park, into the brand new Park of Dreams, an ambitious historical-cultural project, of recreation and amusement amenities for children and adults.”

“For the mentioned celebration, in the latter two spaces, many construction works were undertaken and, once urgent works in heritage institutions in the city center were completed, we intensified this comprehensive program of recovery and maintenance of San Juan Hill and the Tree of Peace,” he added.

The first stage of work in this area includes comprehensive conservation and restoration of existing assets, electrical systems, visitor information and protection, as well as green areas, woodland and pathways, which enhance the landscape.

Led by the Company for Restoration and Conservation of the Office of the City Curator, together with restorers and craftsmen, the works also involve personnel from communal services, the electricity company, tourism and the zoo, who will later undertake further works of greater scope.

“It should not be overlooked,” the City Curator points out, “that this park, where information is provided in English and Spanish, has always been visited by Cubans and foreigners wishing to fully appreciate the history, to delve into this period taught in U.S. universities.

“In fact everyone knows that Theodore Roosevelt, who three years later became President of that nation (1901-1909), saw glory and fame at this site and on the Caldero Hill, hence undoubtedly the reestablishment of diplomatic relations between Cuba and the United States should impact on this unique site in the history between the two countries.”

For its importance as the scene of a war of international impact, as the battle here put an end to Spanish colonialism and marked the beginning of U.S. imperialism on the island, combined with the natural beauty of a site that is part of the green lung of the city of Santiago de Cuba, San Juan Hill Park and the Tree of Peace are set to become a must-see destination for all. 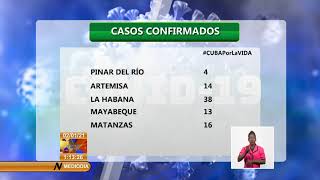 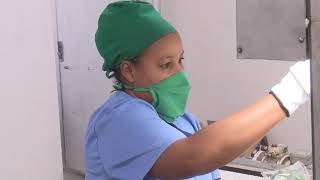 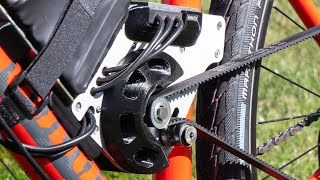