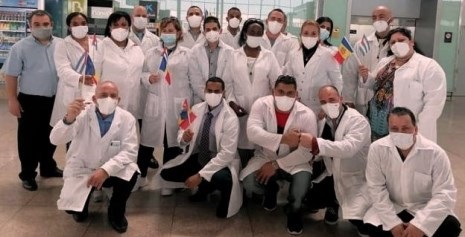 National and International news, with an update of COVID-19 epidemic in Cuba and around the world. Radio Havana Cuba’s Roberto Bastidas speaks with Cuba’s Ambassador to the United States, José Ramón Cabañas.

In an exclusive interview, they talk about the silence of the U.S. government over the attack on the Cuban Embassy in Washington, DC, now over two months ago. They also discuss the new book by John Bolton,

«The Room Where It Happened,» as well as the Trump Administration’s continuing attacks on Cuba’s medical brigades that are saving lives around the world.