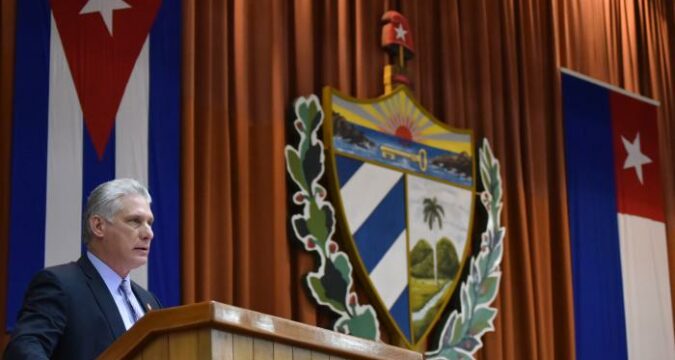 The Cuban Parliament on Friday approved the economic plan for 2021 aimed at gradually reactivating the growth of the Gross Domestic Product (GDP) at constant prices between six and seven percent.

Such increase seeks to defuse the falls reported in the GDP in 2019 and 2020, particularly the latter, when the economy contracted 11 percent, as informed by the Deputy Prime Minister Alejandro Gil to the National People’s Power Assembly. Gil explained that Cuba was affected by the Covid-19 impact and in particular by the tightening of the US blockade, especially in Covid-19 times.

Cuba estimates a recovery of the productive and social activity, although this will depend on the evolution of the control of the pandemic, as well as on the performance in key sectors such as tourism and exports, he pointed out.

In 2021, Cuba is expected to welcome 2.2 million tourists, fewer than the 5.0 million visitors planned in 2020, which should conclude with 1.0 million foreign vacationers.

The Cuban tourist industry was closed for seven months due to the health restrictions imposed by the Covid-19 pandemic that demanded closing borders.

Next year, Cuba’s exports of goods and services is expected to grow 19 percent, although it is much lower than the potentialities and needs, the deputy prime minister noted.

Gil, who is also minister of Economy and Planning, said that Cuba does not renounce the growth goals projected for the second stage of the National Plan of Economic and Social Development towards 2030.

In addition, the legislators also adopted, after a debate, the State budget for 2021 with high social content.

Fifty-two percent of expenditures will go to education, public health and social assistance.