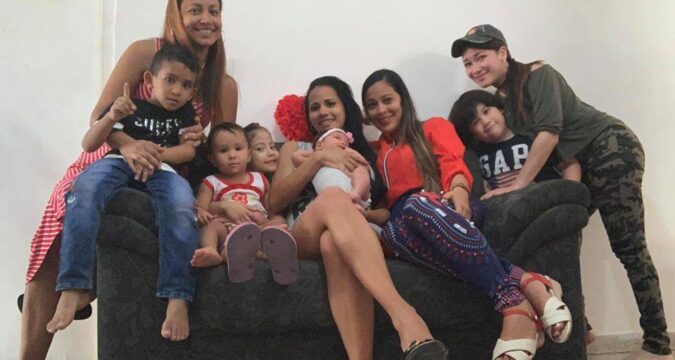 Translater: Guillermo Rodriguez Cortes.
In the Family Code Draft affinity is strengthened, not only because it includes, in addition to marriage, de facto affective unions, but also because it defines the bilateralism that should exist in this relationship and builds the legal regime of related mothers and fathers (stepmothers and stepfathers) for their related sons and daughters.

So far this did not exist in law, there was no possibility to maintain communication with the related children after the separation of the couple, said the expert and added that not only rights but also obligations are granted in the Family Code draft.

According to Ana Maria Alvarez-Tabio, PhD in Law, it is important to read carefully the Family Code to «discover that there are many things that benefit many people in the family space and it is not only the Code of marriage or adoptions».

She refers to the recognition of socio-affectivity and for this she quoted a Brazilian jurist when he said: «The state of affective child is built by the umbilical cord of love, affection, care, heart and emotion; while the biological family navigates in the blood cavity, the affective family transcends the seas of blood».

The Family Code regulates technical questions on how to calculate kinship-she said-since, for the law, it is important to determine the first-line relatives.

On the other hand, she highlighted that, in addition to the legal obligation of alimony, the Family Code also regulates the right of family communication: «It not only refers to the communication of mother and father with their children, but also defends the possibility of communicating with the rest of the family group».

In that sense, the PhD exemplified that, according to previous experiences in courts and law firms, grandparents came to ask what to do because they were not allowed to see their grandchildren, and in that situation there were limitations.

«That is now explicitly recognized. Grandparents, uncles… I am an aunt and if someone prevents me from communicating with my nephews and nieces, I have the right to go to court to ask for a communication regime to be established,» she said in her reflections on the Family Code draft.

Alvarez-Tabio strressed that kinship is established by family law, but its effects have importance for all branches of law. For example, in civil law, the right to inheritance is the first major effect that is linked to kinship, she said.

«In principle, kinship is perpetual, even when someone in our family dies we do not cease to be their relatives,» commented the professor of the Faculty of Law of the University of Havana. The only exception -she said- is adoption: «The blood relationship is extinguished when it is adopted, although certain effects remain, such as the prohibitions to marry that person who was a blood relative».

On the other hand, the specialist emphasized that it is a novelty in the new Family Code that the affective union acquires its own entity and is entitled to alimony.

By the end of the television show, Dr. Daimar Canovas referred to the state of need, which is defined as «the lack of economic resources that prevents the satisfaction of one’s own needs by oneself». This situation can occur due to three fundamental causes: age, illness and being linked to an educational center.

«In the current Family Code it does not matter what the cause of the state of need was,» the expert said and added that in the new bill it does matter: «If the dependent culpably provoked this situation, then he/she has no right to claim the alimony».

In this sense, Dr. Alvarez-Tabio added another option of exclusion of the legal obligation of maintenance: «If when I was the one obliged to provide you with alimony I did not comply with my obligation, then I cannot expect you to comply with me». She added that the bill says that the court could consider this exclusion.

On the other hand, Canovas pointed out that the new Family Code has a proposed regulation so that the conceived child -child that is about to be born- can claim alimony: «This pension has a provisional character, that is, while the pregnancy lasts, although the proposal of the draft is that it automatically becomes a common obligation to provide alimony once the child is born».

Likewise, the professor pointed out that the bill establishes that the provider cannot demand reimbursement if the pregnancy is frustrated. He added that «the only case in which the right to reimbursement is recognized is when bad faith is demonstrated in the claimant, that is, when the paternity is imputed to a person who is not». Finally, Dr. Ana Maria Alvarez-Tabio informed that the printed draft of the Family Code is available on newsstands. She concluded that there are specialists accompanying the popular consultations: «They are there to lead, not to impose criteria or to convince anyone, but to inform, clarify doubts and write down all the opinions».