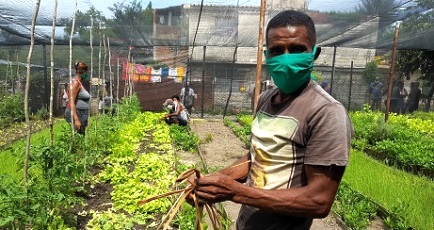 Code of Cuban Families- This Wednesday’s Round Table TV show focused on kinship and the main rights and duties deriving from it in the new Family Code. Ana María Alvarez-Tabio and Daimar Canovas, full professors of the Faculty of Law of the University of Havana, offered details on the main transformations brought by this important legal text.

How was the Family Code shaped? Ana Maria Alvarez-Tabio explained that this law is the result of the apprehension of research that for years has been carried out in the different branches of knowledge.

«Family Law is the least legal of all rights because it is nourished by the results offered by sociology, which tells us how Cuban society and population groups are moving,» she argued.

The professor added that experts –psychologists and psychiatrists, among others- who receive family conflicts in their consultations are a source of information on what is happening inside Cuban families.

In this sense -she added- demographic studies are also important, as well as legal research, «which for some years have been taking a multidisciplinary view that not only goes to the norm, to the legal doctrine, but is fed by all this knowledge».

She summarized that the Code is the result of many people who have studied these issues for a long time, and insisted that, «We did not meet in a closed room around a table to invent non-existent realities. Here are all Cuban families reflected in one way or another».

Alvarez-Tabio stressed the importance of the popular consultation so that «if something has been left unsaid, it can be included in this norm».

The expert added that the drafting of the Code also took into account what was endorsed in the legislation of other countries, such as the Civil and Commercial Code of Argentina, «a very modern text, but with its own limitations».

For example, «cohabitation, which we call de facto affective unions, are not granted maintenance rights to the members of that union, nor inheritance rights. In trying to differentiate two institutions – a marriage or a cohabitation – which basically are two ways of living as couples, they fell into the injustice of not granting certain rights».

Referring to the duties and rights of kinship in the Cuban Family Code, the professor of the Faculty of Law read what is stipulated in Article 16:

Kinship is the legal relationship existing between two people that makes them members of the same family, and which, without distinction, within the limits established by law and in proportion to the proximity thereof, produces certain legal effects, whether permissive, prohibitive or which may establish obligations.

She explained that there is a plurality of sources that can give rise to kinship. «This is one of the fundamental transformations of the Code».

She exemplified that one of the sources of kinship is filiation, that is, the relationship established between mothers and fathers with their sons and daughters. But this affiliation has been radically transformed; it is no longer only blood relationship or the one that comes from adoption, but also the one that can be determined from the use of an assisted human reproduction technique and by socio-affectivity (that bond of love, of feelings, very important for family law).

The expert stressed that it is a code of affections. «Good behavior, care, attention and care in the family environment have their reward and consequences. Likewise, abandonment, negligence, emotional and economic neglect will also have their consequences in the Code».

In the opinion of Alvarez-Tabio, being able to determine a kinship through filiation, recognizing this socio-effectiveness is one of the great transformations of the Code. Unlike the current Code, which begins its special part with marriage, the new draft begins in general with kinship. The professor clarified that although spouses are not relatives, they are sources of kinship by affinity: in-laws and brothers and sisters-in-law.