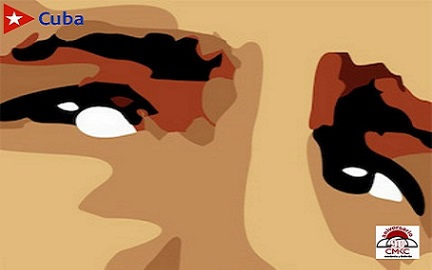 CMKC, Radio Revolución: Whoever saw them that afternoon on July 25, 1953, in the El Cobre church, with the joy that the young people show in their path, surely thought that they would spend days of partying in the carnivals of Santiago de Cuba; or that it was the first time that they were there and that’s why they asked the photographer on duty to record their visit to the Virgin of Charity.

Perhaps no one present imagined that sometime later, these five young men, along with other revolutionaries, would be the protagonists of the attack on the Moncada Garrison and the taking of the Civil Hospital and the Court House.

Pedro Gerardo Gutiérrez Santos will be 92 years old in a few months, but he treasures a memory. Today, CMKC has a special morning for the Day of the Cultural Worker. 90 years with the people. EXCELLENCE AND DISTINCTION, full of memories and details that seem to have escaped time.

He is one of the young people who appears in the photograph, a snapshot that 67 years later still fills him with a unique pride, that one that makes you feel part of the beginning of something much bigger. He shows it to us. Next to him are also Oscar Quintela, Jose Luis Lopez, Julio Trigo and Rene Bidea.

He tells us that they were his travelling pals. On the night of July 24, they had stayed at Abel Santamaría’s apartment in the Vedado neighborhood, on 25Street, between O and Infanta.

«Days before, Fidel had told us that we were going to take a trip, that we should make up any excuse for the family to be away for a couple of days. That’s all. Fidel had planned every step, every movement carefully, so that only a few people knew the whole plan.

«It was pure strategy, in case any of us were captured could not say, even under torture, names, addresses, any details, because we really knew nothing, only the certainty of why we were there: for Cuba”.

From Abel’s house, some of us left by train, others by bus. I was one of the few who traveled by car.

When we arrived in Santiago de Cuba, we only had a small piece of paper with one address: calle Celda, number 8. Imagine, we did not know Santiago and were completely lost, and we did not want to raise suspicions and ask anyone on the street. We took advantage of the noise of the carnival and found a man, after a few drinks, who explained to us how to get there.

When we arrived, there were already other comrades. Around 11 pm Abel Santamaría entered with Renato Guitart, from Santiago de Cuba. It was then that we were taken to Granjita Siboney and we knew we were going to make history.

Pedro Gerardo was born at the Esquina de Tejas, on the Havana Cerro area. But when he was almost a child his family moved to Las Cañas, a poor neighborhood located at the entrance of the town of Calabazar.

He spent all his youth in this little town. When he was only 17 years old, he got a card that proved he was of age and started working in a textile factory.

«That’s where I started to get involved in the union’s problems. Why? Because I have always believed it is necessary to defend what is fair, what benefits everyone, those most in need.

«I worked 22 years in that place and I also lost part of my hearing there because of the very noise of the equipment, now I have to use a hearing aid in my ear, because I am deaf as a post», he says while laughing in a conciliatory manner.

«As I was saying, it’s in the factory that I started to get involved in the defense of workers’ rights, and I was also President of the Orthodox Youth in Calabazar, and it was during this time that I met Fidel. There was a kind of cultural center in Calabazar, where we used to meet, and one of those meetings was with the Commander in Chief.

At that time, he recalls, the President of the Republic was Carlos Prío Socarrás and Fidel was very interested in the operations Prío was doing to take over the El Rocío estate, which covers the whole area from Lenin Park to the Botanical Garden. «He was taking over those lands and expropriating the peasants of the area».

«It was with our support that he snuck into the farm disguised as a peasant and was able to take pictures and denounce what was happening”.

But really the trigger that forged the July 26th Movement was Fulgencio Batista’s coup d’état on March 10, 1952, he assures.

«I remember vividly that Fidel met with us and told us: Don’t you think that if Batista came in and took power by force of arms that has to be the same way to get him out? And we agreed, and that’s how I joined what would later become the July 26 Movement.

At 109 Prado Street was the National Cultural Society of the Cuban People’s Party (Orthodox) and there we held several meetings, he says. «Later, thanks to Alvaro Barba, who was then the president of the Federation of University Students (FEU in Spanish) at the University of Havana, we were able to «sneak» into some classrooms within the university and practice handling weapons with one or two 45-caliber pistols, which Fidel got, and also some Winchester and Springfield rifles. Then we practiced at the Santa Elena farm in Nueva Paz.

«In Artemisa, other young people also practiced shooting and kept their weapons. The truth is that no one knew for sure, except the main chiefs, what we were preparing for.

At Granjita Siboney, Pedro spent most of his time guarding a corner. Keeping watch. «When I was able to go in and pick up my uniform, there were only big sizes left, and I was skinny. I had to leave the clothes I had on and put them over so that I could fit a little.

In the end, he says, that also worked in his favor when he fled, and allowed him to easily get rid of the uniform.

«When we were all ready, Fidel organized us into three groups: the first one under Fidel’s command -where I was- would attack the main building: the Moncada Garrison. The rest, headed by Abel Santamaria and Raul Castro, would try to take the Civil Hospital and the Court House, respectively.

«What happened on July 26th, all of Cuba knows. We, who were going to attack the Moncada, saw the whole plan frustrated by the confusion caused by the unexpected arrival of a police car that provoked a firefight that alerted Batista’s troops to our presence. In a matter of seconds, there was hell of a gunfight. I still don’t know how I was able to get out and get on one of the cars that had taken us to Santiago».

The problem was then to leave the city, he says. We didn’t know the city and if we made a mistake in one direction there was danger that we would run into the army and their barricades and be discovered. We got out alive by a miracle.

Calabazar,»On my return to Calabazar, I learned that the police were arresting several young men who they suspected might have been involved in the attacks on the garrison.

«Quickly, in complicity with a friend who was also a member of the Orthodox Youth, I went to the house that his family had in Guanabo, with the excuse that I was going to do some carpentry work there,» says Pedro.

«I was only there for about two days, but I got as much sun as I could so that it would seem that I had been there longer. And when I returned to Calabazar, I went to see the police myself and told them: «I heard that they were looking for me. Imagine, they were very surprised, it never crossed their minds that I was going to turn in myself to them like that».

In order not to make the story long, they took me to the station, and they interrogated me thoroughly, but they couldn’t get anything from me. «I had made up a very solid story and it seems that they believed the story, because two days after I was in prison, the Lieutenant called me to his office and told me that I could leave».

When I heard him say that, my whole body froze, Pedro says. His first thought at that moment was that they were going to apply the escape law to him and shoot him in the back. «Half confused, I got up and walked out of that place with my heart in my mouth. When I reached the bus stop, a few meters from the barracks, I could breathe and feel that I was free».

Then, he recalls, when Melba and Haydée were released, young people from the Orthodox party joined them and offered our help. «We collected money to buy food, toiletries and other commodities to send to the attackers, who had survived and were in the Model Prison.

«One of the people who made the trip to Santiago with me, José Luis Lopez, never aroused suspicion. The police did not even investigate him. We took advantage of that to send him to the then Isle of Pines and, in addition to the supplies, he asked Fidel what he wanted us to do, who was to be followed.