CMKC, Radio Revolution.- The national strategy presented to strengthen the economy in the post-COVID period is «a plan that defends an ideal, not an idea of perfection but the sum total of objectives to be met,»

He explained that the objectives focus on implementing agreements made at the last Party Congress and meeting the people’s demands that emerged from the Policy Guidelines debate, defeating the U.S. blockade, facing the global crisis that neoliberalism and the pandemic have exacerbated, and applying science and innovation to strengthen development, while upholding the socialist ideal as the only known path to prosperity with social justice.

This strategy, to be implemented immediately, has taken into account, the President noted, both global and national circumstances, as well as proposals made by the population, by academics, and even those who attack the Revolution.

Díaz-Canel recalled that a deep crisis is expanding internationally, caused by the pandemic and the definitive collapse of neoliberal paradigms imperialism has imposed, along with the abusive exercise of imperial hegemony, including permanent pressure on other governments, interference, violence, the threat of military intervention, the reactivation of the Monroe Doctrine, the obsession with Cuba and Venezuela, etc.

Cuba, he emphasized, has faced the escalation of the blockade, with constant financial persecution, freezing of bank accounts, actions to discredit Cuban officials, restrictions on remittances, sanctions against companies that maintain economic relations with our country, in addition to attempts to promote internal political opposition. We must be on battlefield footing, he stated.

According to the President, «In matters of law and society, (our enemies) relentlessly continue their search for ways to rupture in our national unity, magnifying dissent with respect to equal marriage, racism, violence against women and the mistreatment of animals, matters which we are working seriously to resolve, centuries of ignored problems which only the Revolution has confronted.”

It is essential to understand, the President continued, that our enemies are looking to open more fronts, attempting to overwhelm the capacity of our political and social institutions to resolve what is pending and counter these fallacies with strong arguments.

We must be able, he said, to generate a communications strategy with adequate rigor and updated tools that reflect our reality and the uniqueness of our people. The most effective way to communicate, however, is to do things and do them well, he insisted.

Our enemies are working to sow despair and discouragement and are talking about «economic apartheid.» But how is that possible, the President asked, in a country concerned that as much as possible reach everyone equally?

Diaz-Canel affirmed that, at a tremendous cost, availability will be maintained, in CUC and CUP, of food, cleaning supplies, infant care products, and powdered milk, while more economic actors will be enlisted to supply products that cannot be imported, such as furniture, shoes and clothing.

But we do need, he explained, to sell a number of products in freely convertible currencies to obtain foreign exchange, and continue to expand this commerce to acquire resources to both invest in national industry and meet market demand.

The President reiterated that, within the difficult situation we have faced since the middle of last year, the government continues to seek solutions for the entire people and the common good.

There are shortages, he acknowledged, but why? Among other things, he stated, because of the blockade, because we cannot import everything we want, because credit is denied and fuel prevented from reaching the country.

While facing these obstacles, he said, there are internal problems we must confront in a more decisive manner, like the selling of spots in lines; speculators who make our lives difficult; cases of corruption; the illegal currency market. But in this fight, he added, we have the strength of the Revolution and the participation of the people.

As a government, he stressed, “It is up to us to pay attention, to listen, to differentiate honest from malicious criticism, to argue and apply everything that can be helpful; this is the way to earn the trust of the majority and prove that everything we do is meant to save the country and move forward.”

We have faced shortages recently of food, inputs and raw materials, as well as sanctions that have reduced foreign exchange earnings. Under these conditions, he said, we have maintained productive activity; continued work on fundamental investment projects; and adopted measures to protect the entire population from the pandemic. The health system has not collapsed and we have helped other countries.

The President recalled that the Revolution, over the course of its history, has proven its vocation for social justice. «We owe it to the people. We respect and love them, and work for their well-being. Under these premises, we have set out to face the post-COVID-19 situation, not only to resist but to advance and become stronger.»

The President explained that the economic and social strategy presented is directed toward creating a vigorous, innovative economy, because, in simple terms, developing the economy means offering the people greater wellbeing. This means that objectives approved at Party Congresses that remain pending must be addressed and identified obstacles overcome, recognizing that the transformations underway demand the implementation of all 209 policy guidelines adopted.

All of them, he insisted, involve both opportunities and risks, but the worst risk would be not changing and risking the loss of popular support. Measures will be implemented gradually, he said, at the pace and with the efficiency that the moment demands.

It is up to us, the President noted, to learn to live with fewer imports and produce more exports, strengthening local productive systems. Similarly, the implementation of the strategy requires adequate preparation and a communications plan to ensure that the people are fully informed.

Right now, he emphasized, we are going to focus on food production, on food sovereignty, which entails important transformations in agriculture, incentives, credit, changes in marketing mechanisms, as well as in relations between state enterprises and other forms of management.

Other key tasks he identified include:

-Increasing the participation of domestic industry as the main supplier of goods and services demanded by the economy.

-Improving and expanding the non-state sector.

-Eliminating the tax on U.S. dollars.

-Designing and implementing a plan to include the participation of various actors in the public debt market.

Cuba, the President said, «is again being challenged by the world context and aggressive imperialist policy. This is not what we seek, but we do not fear it. We have an inspiring history to take into the fight. Added to this is the talent of our scientists and health personnel that has placed us among the countries that have managed to control a terrible pandemic.»

Before ending his remarks, President Díaz-Canel evoked the fundamental concept of Revolution formulated by Comandante en Jefe Fidel Castro, and concluded by saying: «We were able and we will be. We were able to confront and control the pandemic, and we can and will be able to face the crisis. Be strong Cuba, we will continue to live, strengthen the economy and triumph. Long live Free Cuba!” 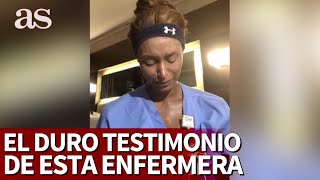 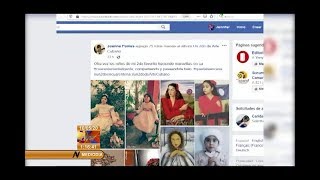 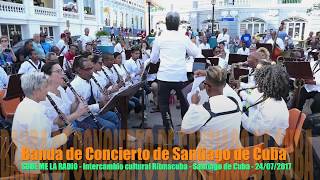 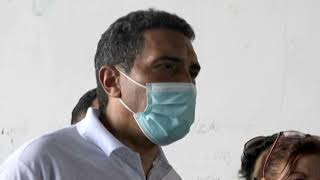