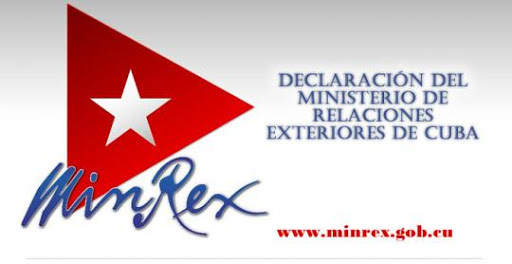 Cuba today rejected the action of the de facto Government of Bolivia with respect to a clinic owned by the island in La Paz, for ignoring its rights over this and the provisions of international law.

Through a statement, the Foreign Ministry expresses the Government’s willingness to offer the facility to provide services to the Bolivian people afflicted by Covid-19, without renouncing ownership of the property, but questioned the actions of the authorities on this matter.

On July 21, the de facto Bolivian Government publicly reported that the institution, known as Collaborator’s Clinic and owned by Cuba and violently raided on November 15, 2019, would be enabled to care for those infected with SARS-CoV-2.

In this regard, the Ministry of Foreign Affairs of Cuba says that was a ‘unilateral decision’, and that it constitutes a violation of the rights of the legal owner.

It adds that such an action, which was presented as humanitarian, violates International Law and it is preceeded by the incessant campaign of lies and misrepresentations against the island, in particular against its medical cooperation.

The text denounces that, after the raid, the Bolivian authorities have arbitrarily prevented the staff of the Cuban Embassy from accessing the clinic, in addition to ignoring the claims that the Cuban Government has made for the immediate restoration of their property rights.

The Foreign Ministry explains that the facility was purchased and expanded by the Cuban State, in strict compliance with Bolivian legislation, and that it was part of the 158 health institutions where more than 18,000 professionals provided services, under a cooperation agreement between both governments.

It recalls the hostile conduct of the de facto government of Bolivia against Cuba, which in November 2019, with the leadership and support of the United States Embassy, ordered violent actions against Cuban medical personnel.

By then, there were several arrests under false accusations, searches were carried out in their homes, and violence was publicly incited, a campaign that has not stopped and has been used for internal electoral purposes, the document reads.

The statement recalls that the Cuban specialists offered around 73,558,000 medical consultations, performed 1,533,016 surgeries in the nine departments, 28 provinces and 42 municipalities of the country.