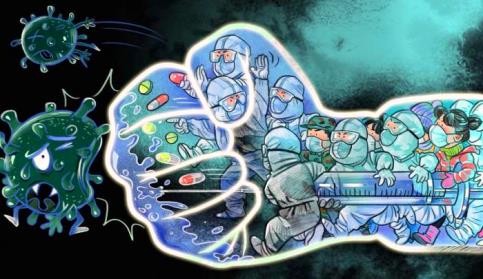 The announcement of good health of the first 20 people vaccinated 48 hours ago with the Cuban drug Soberana 01 became one of the most read news of the Prensa Latina cast, recorded today an internal agency meter.

Thousands of readers and users of the site (www.prensa-latina.cu) and its social networks around the world were interested in the clinical trial of the vaccine against Covid-19, announced by the Finlay Vaccine Institute, a center that will deliver next Monday its first report to the Center for State Control of Medicines, Medical Equipment and Devices.

The second stage of the study, which began last Monday, is scheduled for September 11, when 676 volunteers between 19 and 80 years of age will have been vaccinated. Results will be available early next year, informed authorities.

The Cuban Public Registry of Clinical Trials disclosed that the study will be randomized, controlled, adaptive and multicentered, seeking to evaluate the safety, reactogenicity and immunogenicity of the candidates in a two-dose schedule.

Experts pointed out that Soberana 01 is the result of the experience accumulated by Cuba in preventive medicine, mass immunization and the development of its biopharmaceutical industry.

Currently, Cuba administers 11 vaccines (eight of national production), with an average of four million 800 thousand annual doses of simple or combined immunogens that protect against 13 diseases, and every year it exceeds 98 percent of coverage in the country, endowing the population with a high immune level.

Cuba is ranked 30 among the more than 200 vaccine candidates against Covid-19 being developed in the world.