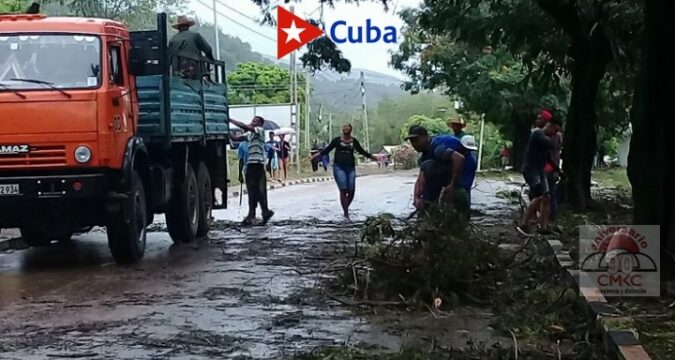 By Santiago Romero Chang
Laura is getting away slowly. The Santiago de Cuba people assess the damages and immediately go back to work for total recovery.

The electric system, at least in the city, did not suffer much. Those who lived the longest night on October 25, 2012 were surprised to see so many lights on in many parts of Santiago de Cuba.

Although Laura did not leave considerable levels of water for the dams in the province, the last report for the hydraulic authority indicated an increase of 4.4 million m3 for the main city supply system.

During a meeting of the Defense Council, Leonel Ruiz, general manager of the electric company in Santiago de Cuba, reported that the municipalities of Segundo Frente, Contramaestre, Guama and Tercer Frente did not have electric service.

In the city of Santiago de Cuba only 70 % of it is getting service. According to a tour of the province: