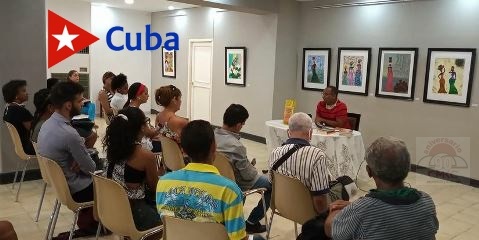 By: Oscar Ignacio Ruano Chavez
Santiago de Cuba, CMKC, Radio Revolucion – With a variety of activities and taking into account the rules imposed by the danger of contagion with the covid-19, artistic-literary institutions in Santiago have made public the program for the National Day of Culture, October 20, here in this eastern province.

The celebrations planned for October 10-20, have literature among the best proposals in the city, according to Vivian Tornes, from the “Jose Soler Puig” Center for Literary Promotion in Santiago de Cuba.

On October 10th, 1868, ten days before the event, the Revolution began at the call of the “La Demajagua” sugar mill bell, and it was on the 20th when, as an expression of the profoundly revolutionary character of the germinating deed, the permanent combat was called and the patriotic feeling was exalted, through this war and victory hymn, which, copied from hand to hand, was sung by all those who attended the exalted moment.

It is the history of the Cuban National Anthem which was firstly sung on October 20th, 1868.