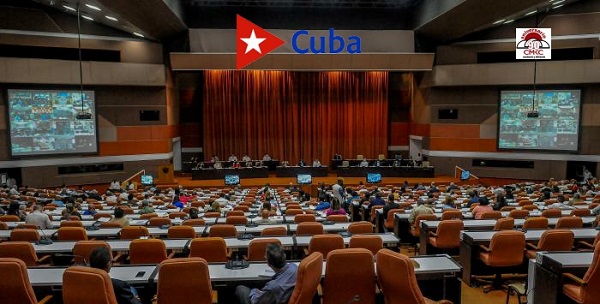 The new electricity tariff to be implemented in Cuba next January 1 as part of the monetary regulation process, will protect vulnerable families, a government practice in force on the island.

Cuban Deputy Prime Minister Alejandro Gil explained that the increase in prices will occur in the energy sector as well as in other areas, as a result of the elimination of the monetary and exchange duality planned for next year.

The also head of Economy and Planning commented that raising rates is not a strategy of the country only to reduce demand in the middle of the complex economic scenario of the country, where the blockade of the United States constitutes an obstacle to the purchase of fuel.

So much so that for 2021 we foresee a 2.5 percent rise in consumption compared to this year, which is included in the economic plan that will be submitted to the National Assembly for a vote next week, Gil said when intervening this Sunday in a special broadcast on Cuban television.

The objective is to express production costs with greater objectivity and encourage savings, but all on the basis of social justice, the deputy prime minister stressed.

He stressed that the Cuban government chose to apply ‘a socialist formula’, which is to protect those with less consumption.

In this sense, the head of the Commission for the Implementation of the Guidelines of the Communist Party of Cuba, Marino Murillo, recalled that although power rates will increase, so will the income of the population.

Although the so-called Ordinance Task provides for the elimination of undue subsidies and gratuities, in this case those households that consume less than 350 kilowatts per hour, which are 89 percent of families, will continue to be subsidized, Murillo said.

He noted that of the 30 billion pesos planned to subsidize vulnerable persons, about 18 billion will be destined to the electric power sector.

For his part, Liván Arronte, Minister of Energy and Mines, referred to how the country’s energy matrix is ​​composed, using technologies consuming different types of fuels: domestic crude, imported fuel, diesel and to a lesser extent, renewable sources.

With the arrival of the new year, the Cuban convertible peso (CUC) will disappear in Cuba and only the Cuban peso (CUP) may be used for all operations on the island, with an exchange rate against the dollar of 24 pesos for 1 USD.

This reorganization process includes, in addition to the elimination of the double monetary and exchange circulation, the end to excessive subsidies and the transformation of the income of pensioners, workers and beneficiaries of social security.