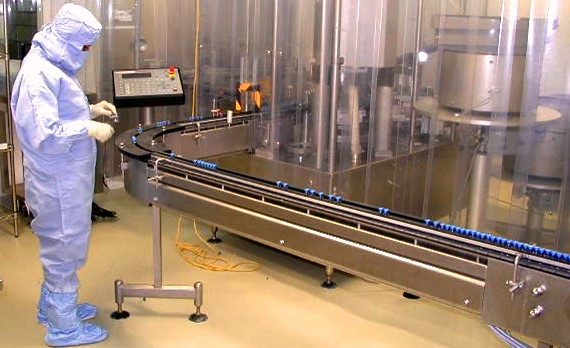 During almost a year of confrontation with COVID-19, Cuba has shown positive results, which have been possible to a great extent thanks to the national system of science, technology and innovation.

A summary of Granma newspaper highlights that the Caribbean island is among the countries with the lowest death rate in the world, without reporting children’s deaths or collapses in intensive care units.

Since the early days of the Revolution, it added, the training of human potential for scientific development and the building of infrastructure have been priorities in the country, which allowed Cuba’s inclusion in the biotechnology industry sector.

After the outbreak of the pandemic, more than 80 research projects related to COVID-19 have been initiated in the country, which have been completed or are being executed.

SOBERANA 01, the first vaccine candidate to fight the infectious disease, was developed in the Finlay Institute of Vaccines and started its clinical trials on August 24, 2020.Three months later, the phase one trials of a second candidate, SOBERANA 02, a combined vaccine without
precedent among those developed against the disease worldwide, started.

Besides, two other vaccine candidates called Mambisa and Abdala were presented by the Center for Genetic Engineering and Biotechnology and in November they received authorization from the national regulatory authority to start clinical trials.

The protocols for the treatment and prevention of COVID-19 in the country include more than 20 Cuban medicines.

One of them is the human recombinant Interferon ALFA 2B, with which, until April 2020, 93.4% of the patients suffering from SARS-CoV-2 in the country had been treated, and only 5.5% of them became serious.

On the other hand, the National Center of Biopreparations (BIOCEN) developed the first Transportation Means for Virus obtained in Cuba, for the collection and transfer of patients’ nasopharyngeal and oropharyngeal clinical samples, and the Center of Immunoassay developed new identifiers for the SARS-COV-2 coronavirus.

The creation of 250 units of a Cuban prototype lung ventilator for assisted breathing is also among the achievements of innovation in the Caribbean archipelago.

In addition, the Institute of Hematology and Immunology is conducting clinical trials with stem cells to treat pulmonary after-effects in people who suffered COVID-19.