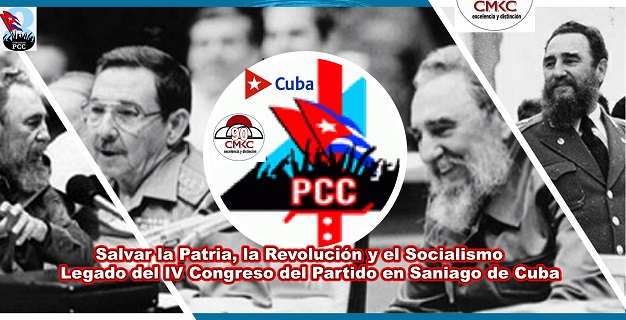 The emancipatory work of the Cuban Revolution, in its many stages, has always been able to count on youth to sustain and continue the effort, attuned to each historical period, but never departing one iota from the essence, our genuine, unwavering principles.

It was young people, to cite just one example, those of the Centennial Generation, who lit the flame of the triumphant Revolution of 1959. They were the initiators of what has been accomplished over these 62 years, with Fidel in the lead.

Thus, responsibly identifying the forces of continuity, giving them a face and a name, or what is the same, carrying out a process of gradual and orderly renewal of cadres, especially within the Communist Party of Cuba (PCC), has received permanent attention throughout the revolutionary process, attention which has been increased since the First National Conference of the organization in 2012.

Among the objectives approved at that gathering, and ratified at the 7th Party Congress, was precisely bringing new cadres into key positions, a transcendent and at the same time, natural task.

Consistent with this goal, and as a clear expression of the sensitive and strategic nature of the process, in central reports presented to the 6th and 7th Congresses, Army General Raúl Castro Ruz, first secretary of the Party Central Committee, warned of the potentially negative impact of improvisation, as well as any lack of foresight or an unsystematic approach. He also insisted on the need to prepare comrades capable of continuing the work of the Revolution and assuming the nation’s principal leadership positions.

Undoubtedly, the existence of a pool of women and men, including youth, with prospects for development and the commitment to take on a variety of tasks, has allowed progress to be made in this endeavor, the results of which have been decisive in the Party’s ability to confront and overcome challenges.

But building continuity remains a daily exercise, assumed, despite its complexities, with confidence in the future, since, as Comandante en jefe Fidel Castro Ruz said, in his capacity as first secretary of the PCC Central Committee, during the 5th Congress closing ceremony, «The Party cannot afford the luxury of having its leadership fail one day, because the price would be unpayable.»

The process begins at the grassroots level

The evolution of the Cuban Revolution, and the complex conditions in which it is developing, allow us to foresee, as has already been said on other occasions, an even more complex and challenging scenario over the coming years.

Although having counted on the active presence, leadership and example of loyalty and consecration of the historic generation during this stage of transition has paved the way.

The approval, during the 7th Congress, of term and age limits for Party positions, and the establishment of previous work experience, of no less than five years, as a requirement to be considered for promotion to a fulltime professional cadre responsibility, laid the foundation to guarantee the essential rejuvenation of Party staff in decisive positions.

Priority has also been given to the personal values of those considered for promotion, including modesty, simplicity, humility, commitment, and loyalty to the Revolution, with no traces of elitism, ambition, arrogance or vanity.

On the basis of these premises, the leadership of the Party has conducted a systematic evaluation of the renovation process, including visits to all the country’s provinces, discussions with first secretaries, analyses of transfers projected in the short and medium term, as well as the identification of comrades who, given their characteristics and performance records, could occupy higher order responsibilities.

The work plan also includes the holding of meetings with national leaderships of the Young Communist League (UJC) and mass organizations, which will be afforded ongoing attention.

The use of these and other systematic supervisory mechanisms, as well as the implementation of the approved rejuvenation measures, have made it possible to advance in this important area, as the statistics corroborate.

At this time, almost all fulltime leaders of the Party at the municipal and provincial levels were born after the triumph of the Revolution. Thus, the average age of the organization’s professional staff is 42.5 years, indicating a trend toward a younger age. There are 1,501 cadres under the age of 40.

Another line of work has been the selective rotation of these cadres through different party, administrative and governmental responsibilities, as a complement to their comprehensive training. In addition, 76.5% of these individuals have less than five years experience in their positions, and only 6.9% have more than 10, concentrated at the national level.

Also prioritized is the search for an appropriate composition in terms of skin color, gender and age, in line with the characteristics of Cuban society today. In this regard, 54.2% of the Party’s cadres are women and 47.7% are black and mixed race. Additionally, 75 first secretaries of municipal and district committees are female, representing 42% of the total.

Likewise, it was established that all comrades coming from the UJC will engage in continuing education, along with those moving to positions of greater responsibility within the organization.

Thus, those who have the potential to assume the principal positions will have taken post graduate and/or specialty courses, as part of their training.

Currently, 81% of Party cadres have university degrees, while others take advantage of existing opportunities in provincial schools offering degrees in the Social Sciences.

Another aspect of interest has been the growing contribution of the UJC to the professional work in the Party, with 470 of these comrades assuming Party responsibilities over the last five years. In general terms, 23.5% of professional cadres come from the youth organization and several have moved to positions of greater responsibility.

The fact that 47.6% of officials who have left Party positions over the last five years have gone on to leadership positions in the state, government or mass organizations, at different levels, is also an encouraging result.

The transition from the historical generation to another, capable of leading the country into the future, is a significant responsibility, and is advancing confidently, because continuity has taken root in all that has been accomplished since 1868, and we know it will be in good hands.