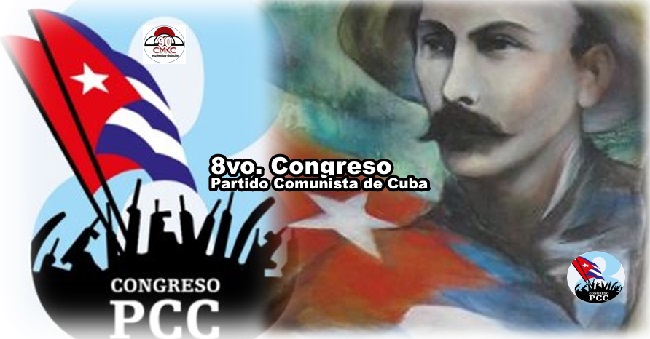 Policy-, On December 2, 2020, the 8th Congress of the Communist Party of Cuba was called, set to take place next April 16-19, defined as the Congress of the Cuban Revolution’s historic continuity.

On this occasion, and as is customary, the Party gathering will focus attention on key issues for the present and future of the nation, ranging from the Conceptualization of the Cuban Economic and Social Model of Socialist Development, the updating and implementation of Policy Guidelines, to economic and social results achieved since the previous Congress. Likewise, the functioning of the Party, its ties with the masses and ideological activity will also be analyzed.

Progress on these directives, as is the case in all of the country’s efforts, depends inescapably on the role of leaders, hence the importance of Cadre Policy in the Party, the Young Communist League (UJC), mass organizations and government administration, which continues to be a subject of profound analysis among Cuban communists.

With a view toward guiding the important discussions which precede the 8th Congress, and will continue, prepared was the document «Assessment of Cadre Policy in the Party, the UJC, mass organizations, the state and government, and the role of the Party in achieving superior results.»

For several months, a work commission, led by Political Bureau member and President of the Republic Miguel Díaz-Canel Bermúdez, and including representatives of the Party, the UJC, mass organizations, the Revolutionary Armed Forces and the Ministry of the Interior, as well as the state and government, has been engaged in the elaboration and analysis of this document, which was enriched with a broad consultation process in all the country’s provinces.

The text addresses in detail how action plans approved during the previous Congress regarding Cadre Policy have been implemented in Cuban society, considering the strategic nature of this issue to the nation’s current situation and future.

The complex conditions in which the Cuban Revolution is advancing, as well as our unwavering commitment to independence and our program for socialist development, allow us to foresee more challenging circumstances in the coming years.

The impact of aggressive policies and a very real economic war against our country demand the constant strengthening of the people’s unity around their party, which is a fundamental task for members of the political organization.

In this context, the guiding principles of the Cadre Policy, outlined in the Thesis and Resolution of the First Congress, maintain their relevance. These documents establish that the training, selection, placement, promotion and development of cadres must ensure that they are distinguished by their solid political foundation, professional knowledge, and leadership capacity, and that they are promoted, step by step, from positions of lesser to greater responsibility.

This has been a continuous task, and actions have been increased as part of implementation of the Objectives approved by the Party’s First National Conference, as well as assessments made in this regard by Army General Raúl Castro Ruz, first secretary of the Party Central Committee.

Along this challenging path, decisions were made to correct errors and weaknesses, especially in the selection and training of cadres, candidate pools and reserves. Thus, the gradual, orderly transfer of the principal responsibilities within the country to younger generations began, and progress was made in the rejuvenation of leadership bodies within the Party, the UJC, mass organizations, the state and government.

This was made possible by the work of the Party and the existence of many potential cadres and workers with commendable qualities, including young people, who have prospects for development and are committed to assuming a variety of tasks. Another element of transcendental importance, throughout these years, has been the active presence, loyalty and dedication of the Revolution’s historic generation.

Continuing to perfect work into the future

Despite the work carried out, difficulties persist in the selection and development of cadres with the qualifications to become part of reserves and candidate pools for fundamental leadership positions. An intense discussion of the issue has taken place over the months prior to the Congress, and actions to be taken during the next few years are being defined.

In this regard, emphasized is the need to ensure the rotation of cadres in different party and governmental positions, along with the search for an adequate pool of candidates with exemplary modesty, simplicity, humility, commitment, loyalty to the Revolution and concrete accomplishments, with no vestiges of elitism, ambition, overconfidence or arrogance.

Another directive on which progress was noted is that related to the need for a sustained increase in the promotion of women, blacks, mixed race and young cadres, based on their merits, results and personal qualities. What has been accomplished with regards to key positions is however insufficient, while several state and government entities have not advanced toward achieving this goal.

Similarly, at this stage, the number of UJC cadres who have advanced to professional work in the Party has increased, and several, with adequate attention, guidance and training, have moved to positions of greater responsibility. Likewise, the process of integration of UJC and mass organization schools into the Party’s educational system has also strengthened the quality of preparation offered these political figures, as well as youth and student leaders.

Onto the 8th Congress

Based on the evaluation of what has been done over the past five years, the analysis conducted over these months prior to the 8th Congress has shed light on the need for a strategy to better implement the Cadre Policy, attuned to the circumstances the nation is facing. This implies providing the Party leadership with a plan for systemic work to achieve superior results in the period 2021-2026.

Toward this end, strategic objectives have been defined. Among them is the reaffirmation of the Party’s role in implementing the Cadre Policy, at the community level, as well as the responsibility leaders have to apply it.

Also proposed is the articulation of a unique system for the preparation and development of cadres and reserves, based on a policy to reinforce their social image. Likewise, political-ideological work will be a priority, because, if anything should distinguish cadres, it is their loyalty to the Revolution, as a guarantee of continuity.

Nor can work experience be ignored, as a key part of the training of future Party cadres. Likewise, the gradual renovation of leadership requires an updating of term limits and age parameters approved for certain positions, to avoid inertia.

This updating process also requires the designing of a promotional plan for cadres to gain experience in political, administrative and governmental bodies, taking into account professional profiles and individual characteristics, in accordance with needs and interests related to the placement.

Along with all these analyzed aspects, given the challenges of the times, cadres must be able the effectively use information technologies and social communication, as well as innovative, scientific methods in the exercise of leadership and defense of the Revolution. This requires working, with intentionality, in the preparation of cadres in these areas.

There is no doubt that beyond efforts to update and improve, there are essential principles that continue to prevail. Those who lead must increase their ties with the people; have the ability to mobilize, argue, dialogue and be decisive; develop political and human sensitivity, responsibility, high expectations and control and, above all, make use of collective leadership to solve problems.

In addition, it will always be a priority in the Party’s work to confront corruption and other harmful conduct, since such behavior constitutes a national security problem and action must be taken, with greater urgency, before any manifestation of deterioration or weakness in the ethical behavior of cadres.

This means using, to the maximum, the conquests and strengths of 62 years of revolutionary work, in efforts to develop human beings with values increasingly closer to the ideal of the just, solidary society that distinguishes Cuba before the world.

Che, in the early years of Cuba’s construction of socialism, defined cadres as the «backbone of the Revolution… creators, leaders of high stature, technicians of good political level who can, reasoning dialectically, advance their productive sector or develop the masses from a position of political leadership.»

Although these virtues may seem difficult to attain, citizens of this type are to be found among the people on a daily basis. They must be identified, educated, their potential fully developed, to bring out the best in each individual.

The reflections of Che, Fidel, Raúl and their comrades in struggle and victory, illuminate the path forward: a critical and self-critical path, but, above all, a creative one, as befits true revolutions.