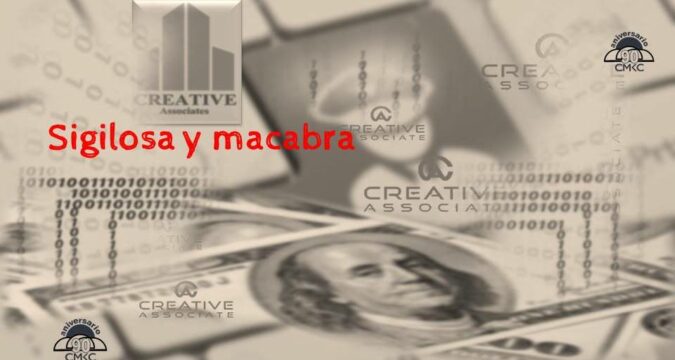 The worm in the apple- Condemning «the dictatorship,» pulling out your knife and plunging it to the hilt into Cuba, is a bargaining chip to make one’s way within Miami’s uncertain cultural circles

“And what are you waiting for to demonstrate, child,» is the reproach heard in the middle of a YouTube channel program, directed toward a young Cuban actress who had recently arrived in Miami. She was talking about art, love and acting, never touching the unavoidable topic that can save or sink her.

“Well, the truth is that I defend certain values,” she replies to the viewer incriminating her from a distance on the net, and I think to myself, wow… that some reasoning would be a very good thing among human beings….

The influencer hosting the program, however, gives her a look askance. Other guests, older and more experienced in the art of propitious verbiage, smile, or gaze up at the ceiling, while the girl seems undecided, seeing the negative messages that begin to arrive like bullets. She intertwines her fingers, and squeezes them, as if this were the only way to open the escape hatch.

Condemning «the dictatorship,» pulling out your knife and plunging it to the hilt into Cuba, is a bargaining chip to make one’s way within Miami’s uncertain cultural circles. There, the list of those who have faced harassment and character assassination is as long as it is pitiful, since not infrequently the methods seem to have been taken directly from some manual of hatred conceived by Mussolini, in which those in the right are those who lie the most and shout the loudest.

The young woman in this true story had not been explicit enough and in the following days was subjected to offensive and alarming diatribes from youtubers and the like (Is she a communist sympathizer?), until she finally showed signs of understanding the rules of the game and got into the loop.

There are others who arrive and, without unpacking their bags, don’t need any pressure at all, amazing their sponsors with overnight remakes of their public image, renouncing their past in a sardonic striptease, to get into the groove and ensure a little financial salvation, never hesitating to eat the worm in the apple.