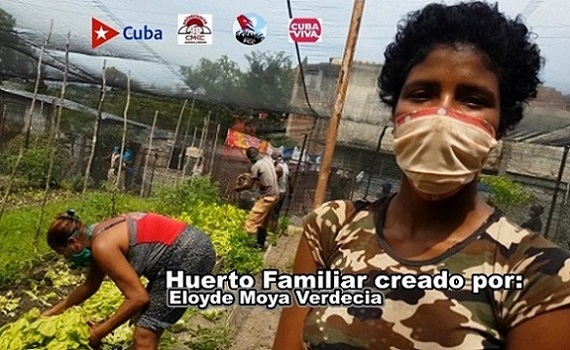 Translater: Guillermo Rodriguez Cortes
Family Code Draft- It should also be clarified that moral conceptions are also segmented, that is to say, although we speak of a certain more or less general or common morality, there are moral criteria that can be identified in certain social and even age groups.

Thus, all of us individually have incorporated moral criteria that guide our actions, some learned from our parents, others assumed from our neighborhood, friends, school, and even from the integration of all of them. We also receive the imprint of our time, of technology, in short, of our experiences and the way in which we process everything that surrounds us and shapes our behavior in society.

Undoubtedly, the family is one of the most important scenarios where moral and ethical convictions are formed, where values are transmitted, but it is also the setting for various conflicts that have a direct impact on those values that are learned within the family. Precisely because of this interaction between family and morals, a good number of convictions linked to family relationships, their appropriate patterns and acceptable behaviors are also incorporated. These can also be very diverse depending on family realities, traditions, culture, professional training and social integration of its members, the religious group, among many other conditioning factors.

It is inevitable, then, that before an open process of collective debate about a revolutionary law such as the proposed Code, which contains advanced conceptions about the family, with an inclusive, plural and challenging vision of moral canons established for generations, there will be resistance criteria that are based in a struggle between beliefs and moral models incorporated to some people and the novel proposals of a law that intends to break those schemes.

It is in this scenario where the educating role that the law has to play must be understood; that is precisely one of its functions, that of promoting development, breaking molds that may protect discriminatory conducts and outlining a better future for all people.

It is valid to disagree about its contents, of course, but from the civic responsibility that touches us all, especially with the future, I suggest rethinking those criteria of frontal opposition, without shades. Let us consider, for example, some questions that may serve this purpose:

Is life and reality always as we imagine it?

What is «normal» as far as families are concerned?

If a certain family composition or reality is alien to us, does it mean that it does not exist?

Is it only valid that family pattern that we have had as a correct?

Does it affect us directly that families other than the traditional one are accepted and protected?

Do we really know all the contents of the Code, all the rights it protects?

Will it be worth sacrificing such a protective law because of the collision of some of its proposals with personal beliefs or prejudices?

Another question that should not be overlooked in this context is the role of law in the face of Cuban family realities. We do not all have to aspire to equal families, or accept them as our own patterns; as an expression of our moral convictions, we will embrace a certain model and take it as a reference for our own family. However,  law has the obligation to shelter, to protect, to protect people and their family relationships from the diversity in which they live and develop.

This Code does not impose molds, it offers legal protection to all possible molds, it intends to fulfill its function of not leaving anyone out, of covering all the situations and relationships that can be foreseen, in order to be as complete as possible in its provisions. Morality cannot be confused with law, the latter cannot lose its course towards a better performance of its harmonizing and guaranteeing function.

Once, during a lecture, a person questioned, at the beginning of the debates on the constitutional draft, the controversial issue of marriage between persons of the same sex. While he presented his arguments, of clear traditionalist and conservative roots, I was only thinking about the frequent confusion that leads people to fear what is different, even if it does not affect them.

The subsequent exercise consisted in reasoning that she was a woman of mixed race who did not fight directly for her rights to vote, to occupy an executive position, as was the case, or even to marry a white man; however, those rights that she enjoys today, and which seem naturally deserved, were won earlier by other women and other black people. The axiological weapons of those struggles were undoubtedly: equality, non-discrimination, justice, that is to say, they are the same foundations on which the possibility for homosexual persons to form a legally protected family is based today.

I highlight this last idea because the Code, if approved, will not prevent us from feeling more identified with one family or another, nor will it eradicate material discrimination in this area, however, it will eliminate legal inequality, it will provide us with a family law where no one is excluded.

It is a matter of understanding that law cannot turn its back on the latent and painful realities of people who do not find shelter in it to protect themselves in openly unjust situations, concrete situations that go beyond the celebration of a formal act such as marriage, but which are manifested when, as it cannot be settled, its protective effects for the members of the couple cannot be demanded either.

We have taken this specific issue because, in a sexist society where ancient sexist stereotypes predominate, it has undoubtedly been one of the most controversial and questioned. It is precisely a clear example of how certain moral conceptions can become obstacles to legal development. It is then when other values such as respect and solidarity are manifested. This is a scenario to put oneself in the place of the other, to understand their pain, to respect their right to fulfillment and happiness. Let us not manifest ourselves through selfishness and idleness, let us not deny a better future for all people, where the family environment is a space of fulfillment that is built according to different needs and realities.

Let us not ignore all that we do not question in this Code, such as the protection against violence, the protection offered to the elderly, to people with disabilities, among many other issues. Let us not reduce the content of the Code to its most challenging postulates of old canons, so that this prevents us from weighing and pondering all that in its pages draws us the reality of the Cuban family, colorful, multicolored, diverse; but also aged and in whose space law must intervene to eliminate injustices and inequities. We are before the Codeof Happiness and is there a more elusive, imprecise and sui generis concept than happiness? Happiness does not believe in dogmas, Cuban families need to break them and each one should enhance it with its own recipe. This must be the debate of empathy, of respect, of the construction of a better future with a family law that promotes freedom, equality and love.