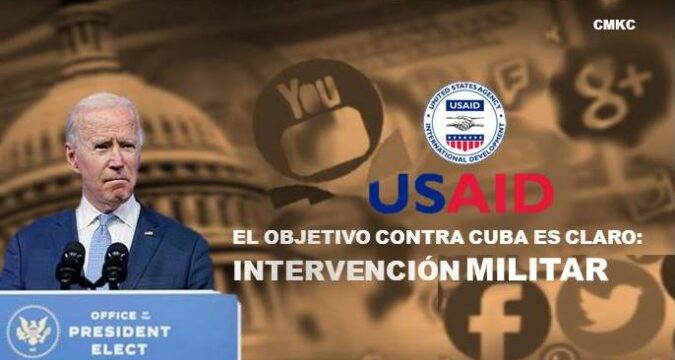 Come in, ladies and gentlemen, to the show!- The dilemma of a magician who pulls rabbits out of a hat is the impossibility of returning them to the same hat without the trick being discovered in the process.

To end the show, he then resorts to a distraction: he almost always makes use of a beautiful woman who, half-naked and to the beat of vibrant music, graciously grabs the animal and hides it behind the screen.

The United States is a wizard at pulling rabbits (in this case, news) out of the media. For example, the war in Ukraine has served as a distraction so that, suddenly, we forget that its public debt already exceeds 30 trillion dollars (130 % of its GDP); that the inflation of its economy is the highest in the last 40 years (7.9 %), and that it has already reached one million deaths due to the COVID-19 (one sixth of the deaths in the world).

An important technique in illusionism is to organically get the viewer to look away at the right moment. Apart from the supposed massacres where the corpses smoke cigarettes in their shrouds; the victories of some Azov fleeing in disarray, or the destruction of Russian media, whose images are taken from video games; who knows if even the nonsense with which they make us laugh on social networks are not part of the same trick.

Let us laugh when CNN says that an aircraft carrier flew over the outskirts of Taiwan, or that Dostoevsky or Gagarin have been punished, while Russian cats are denied their pedigree; but those who laugh the most are the executives of Chevron, Shell or ExxonMobil, who are making a filling their pockets with the high oil prices.

The so-called «American dream» is usually adorned with ideals of justice, freedom and prosperity; but in concrete, it consists of owning a house in the suburbs, a flashy car, and enough income to allow a comfortable family life, in which there is no lack of vacations on a tropical beach, drinking mojitos, swinging in hammocks tied palm trees.

These goals are becoming increasingly difficult to achieve for the average citizen, but President Joe Biden has the magical formula ready. He says that a «new world order» is coming and, in it, the United States will be leading. This sounds like Trump’s slogan: «Make America great again»; but, gee, and who was leading the previous world order? Wasn’t it the United States? And who has made them old and small?

The gimmick would work better if it were not for the fact that the show needs the complicity of the public. The fact is that Biden’s overall approval ratings have fallen below 37%, while 58% of Americans disapprove of his handling of the economy. Any actor would be suspicious if suddenly a bunch of tomatoes were placed at the entrance of the theater. Photo: Photocomposition Granma

The circus becomes nothing without its companion, the bread, and it turns out that this week the reputable Bloomberg economists have recommended people to use more public transportation to save on gasoline, and to eat lentils instead of meat. To this must be added the high cost of housing, whose value is at an all-time high, with an annual growth rate of 12.9%, which brings back the ghost of subprime, that disastrous real estate crisis of 2007.

But the president does not lack assistants to help him with the sleight of hand. Recently, economist and Democratic politician Robert Reich, who was Secretary of Labor in the Clinton administration, wrote a long article in which he tries to demonstrate the sudden unity between Democrats and Republicans.

In other words, the great fracture that divides the American society, whose culminating point was the assault on the Capitol in January 2021, has suddenly disappeared. It seems to be good news; it only remains for this to be reflected in the figures, since according to polls only 10% of Republicans approve of Biden’s management.

Another who is trying to help is the economist and professor at New York University, Edward N. Wolff.

From his academic height, he affirms that inflation has a friendly side -especially for the middle class- which sounds like recommending to a kidnapped person the benefits of the Stockholm syndrome.

This would be possible because the debts are reflected in dollars that have lost value; while the acquired patrimony is revalued at the rate of inflation: net gain, right? Especially if we consider that the debt per capita in that country is already around $91,000. Of course, tricks are tricks, and he does not say that, to the same extent, current income has lost its purchasing power. Anyway, maybe it is too much to ask him to also try to put rabbits in the hat.

In any case, as of today, we keep getting good news. Suddenly, I read that Ukrainian President Volodymir Zelenski is making arrangements to appear at the Oscar gala. Imagine, if Hollywood takes care of the special effects, it will be a blockbuster. I can close my eyes and I think I’m watching the Metro-Goldwyn-Mayer lion roar.