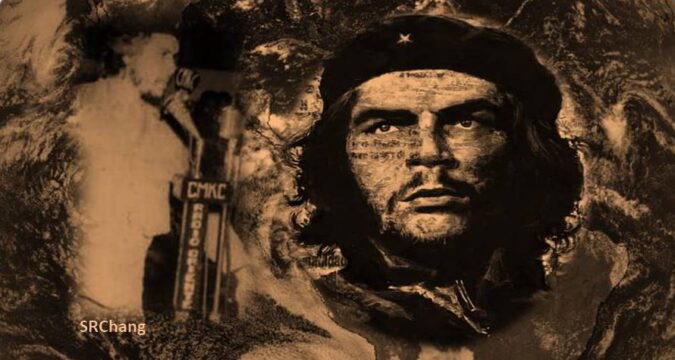 The National Bureau of Standards (ONN) celebrates today World Standards Day by evoking one of the scientific contributions of Commander Ernesto Che Guevara, who as Minister of Industries was the architect of this field in Cuba.

On September 5, 1961, Che applied for the Cuban Division of Technical Standards’ membership to the International Organization for Standardization (ISO), a move revealing of his awareness of our nation’s need to develop its economy and make the most of international scientific-technical progress, according to an ONN communication on the occasion of the 60th anniversary of that memorable decision in the early years of the Cuban Revolution.

Moreover, the note remarks, he also launched a popular campaign for quality based on technical standardization, which marked the beginning in Cuba of Standardization, Metrology and Quality Control activity and paved the way for its current structures, capabilities and highly qualified staff.

ONN celebrates this new anniversary by recognizing the results of its Technical Committees (CTN) as developers of Cuban Standards and stepping stone for enterprise certification, laboratory accreditation and the National Codex Alimentarius Committee.

The Codex Alimentarius Commission was established in 1963, during the World Health Conference organized by the UN Food and Agriculture Organization and the World Health Organization, and since then its objective has been to develop a joint program related to food standards.

In 2020 alone, and despite the COVID-19 pandemic, the Cuban CTNs contributed to the boom in regulations for food labeling, electronics, metrology, health and construction, according to official information.

Following the death of Ernesto Che Guevara, 50 years ago, distinguished Cuban, Latin American, and European poets dedicated tender and beautiful lines to him.

Below we offer a minimal sample of these compositions dedicated to Che, beginning with the moving poem “Che Comandante,” by Nicolás Guillén (1902 – 1989), which the poet himself read on that solemn evening of October 18, 1967, in Havana’s Plaza de la Revolución José Martí.
The first verses were prophetic. Twenty years ago, Che’s remains were found where they had been hidden, and were transferred to Cuba:

Though you have fallen your light burns no less bright.

among the wind and the clouds of the Sierra.

Though still you are not silence.

And even though they burn you,

they conceal you underground,

in a cemetery, woods, paramos,

they are not going to prevent us from finding you

One of the most unique poems was written by Cuba’s Mirta Aguirre (1912-1980): “Canción antigua al Che Guevara” (Old song to Che Guevara). It is not very extensive, but here we include only the final verses:

Where are you, gentleman of glory,

the leading among so many?

Made a legend in the death that I die;

Eliseo Diego (1920-1994), winner of the 1993 Juan Rulfo International Prize for Latin American and Caribbean Literature, wrote on the death of Che the poem “Donde nunca jamás se lo imaginan” (Where they never ever imagine), of which we quote a few verses:

Today we are told

That you are really dead, that they have you

Finally where they wanted

More than us on supposing

That you are a torso of absolute marble

Motionless in history, where everyone

Were never anything but the fire,

But the light, the air,

But the freedom of the Americas

Inspiring wherever, where they never

It’s not that I would want to trade you

a pen for a gun

but the poet is you.

“Surrounded by the final test, stone stripped of the beginnings to hear the inaugurations of the verb, death went to find him… Man of all beginnings, of the last, of a single death, distinguished through death, stone on stone, stone fuelling the fire.”

The eyes are beautiful.

Headed for the wide

How wide and long…!

Pablo Neruda (Chile 1904-1973) Nobel laureate in Literature 1971, met Che following the triumph of the Revolution in 1959. Before his assassination in Bolivia, he included the elegy “Tristeza en la muerte de un héroe” (Sadness on the death of a hero) in his book Fin de mundo. Below some of the verses:

Those who experience this story, this death and resurrection of our bereaved hope,

those who chose combat and saw the flags rise, we knew that the most quiet

with mouths full of arrogance and salivary boasts.

The people nodded their heads:

and the hero returned to his silence.

the illustrious fire of Guevara.

A third Nobel laureate in Literature, this time in 1998, the Portuguese José Saramago (1922-2010) entitled his tribute “Breve meditación sobre un retrato de Che Guevara” (Brief contemplation on a portrait of Che Guevara), where he concludes:

We never saw each other

but it did not matter.

I had a brother

who wandered through the mountains

That’s what we are.

Although this death is one of the foreseeable absurdities.

Typing the three global letters of your name on the rigid typewriter that never, ever, had such a pale ribbon.

Lord, and then Glory.

Half a century after the death of Ernesto Guevara, poets continue to dedicate verses to him.