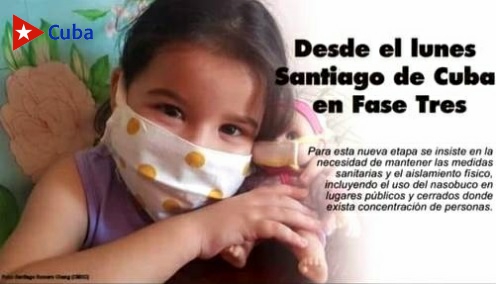 By Diony Sanabia
With the impact of Covid-19, caused by the SARS-CoV-2 coronavirus, many routines worldwide changed, and also in homes as an antidote to the lethal disease.

Thus, teleworking increased considerably, and children and adolescents became witnesses of their parents’ work in front of computers and other mobile devices.

In the midst of the difficult context, which forced classes to be suspended in many countries, parents allowed greater exposure of their descendants to video games, television, cell phones and social networks.

According to a survey of more than 3,000 parents in the United States, the so-called screen time for their children increased 500 percent during the scourge of Covid-19, which emerged at the end of last year in China.

Such a survey was cited by James M. Lang, professor and director of the Center for Teaching Excellence at Assumption College, Massachusetts, in an article published in mid-July on The Conversation website.

The World Health Organization established daily screen time guidelines for children in April 2019, and in the opinion of specialists the limits were precise.

Those under one year of age should have no choice in this regard, and those aged one to five can spend up to an hour a day looking at the devices.

Although the international health entity did not specify restrictions for older children, several studies affirm that excessive time with digital media may be related to episodes of anxiety and depression, he explained.

The teacher wondered in the referred material if parents should worry about this situation of their descendants until they can study and socialize freely again.

Immediately, Lang stated that the answer to that question is no, as long as adults do not allow their children to remain in front of the screen permanently during the pandemic.

In the researcher’s opinion, trying to eliminate distractions from students during learning takes the wrong approach, as the human brain is naturally prone to this state.

If kids can get back to the more beneficial levels of screen time they had before Covid-19, they’ll probably be fine, he estimated.