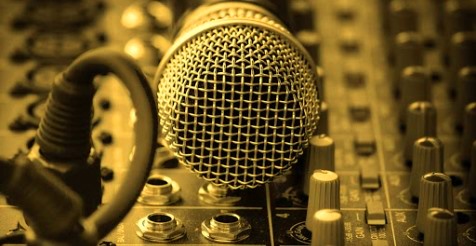 The Cuban Radio and Television History
By: Santiago Romero Chang
Cuba was one of the leading countries in Latin America to develop radio and television. Since 1922 and under the International Telephone and Telegraph (ITT) they set the first radio station in this Caribbean island.

The first radio station that broadcasted in Cuba was Luis Casas Romero’s 2LC on August 22nd, 1922. On October 10th, 1922 the first PWX broadcasting is regarded as the start of radio broadcast, when they transmitted, both in Spanish and English, the inaugural address of the then president of the republic Alfredo Zayas.

Since the start of radio broadcasting until the 30s, radio maintained mainly news and entertainment shows. In the 50s, apart from a few exceptions, radio and television services belonged to the dominant classes who also owned the political power and they used those services to impose ideological and cultural patterns according to their interests.

On February 24th, 1958 Radio Rebelde (Rebel Radio in English) hit the airwaves from the Sierra Maestra in the eastern part of Cuba.

This radio station was founded by Ernesto Che Guevara. A new stage of radio broadcasting in Cuba had begun. By the end of 1959 Cuba had 156 relay radio stations.

After the triumph of the Revolution in 1959, there were changes due to the implemented revolutionary laws and there was a split in the sector: on one side the owners of the big monopolies that confronted the Revolution and on the other the small radio stations.

The latter grouped in an organization called Independent Front of Free Radio Stations (FIEL in Spanish).

FIEL supported the revolutionary process and was regarded as the governing body of Cuban radio and television. On November 16th, 1960 this group handed their broadcasting stations to the Revolution.

The State created a Broadcasting Office attached to the Ministry of Communications and led by the political direction of the country.

On May 1st, 1961 the Radio Habana Cuba international station was on the air.

After the revolutionary triumph the country worked hard so that radio could reach along the national territory to be at the service of the socioeconomic development with a network of national, provincial, municipal and local stations that form the Cuban Radio Subsystem.

On May 24th, 1962 the Council of Ministers passed law 1030 to create the Cuban Radio Broadcasting Institute to spread and guide all radio broadcastings for the whole national territory.