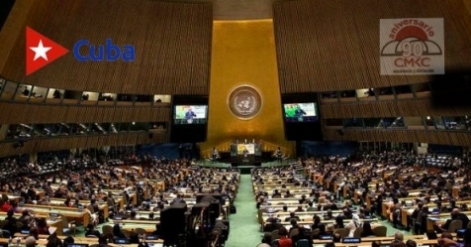 Cuba called on Thursday at the UN Human Rights Council for intensifying global efforts aimed at fighting against racism, and warned that in some countries the scourge constitutes a structural problem.
At the international level, not enough progress has been made against racism, discrimination, xenophobia and other expressions of intolerance, warned Cuban diplomat Jairo Rodriguez in the ongoing debates of the 45th session of the body, scheduled until October 6 in Geneva.

According to Cuba’s representative, it is urgent to adopt the necessary measures so that all human beings are treated as equals.

Rodriguez participated in a forum dedicated to monitoring the implementation of the Durban Declaration and Program of Action, resulting from the 2001 World Conference against Racism.

In that regard, the diplomat supported the actions to commemorate the 20th anniversary of those mechanisms and called for a collective commitment to the celebration. Regarding Cuba, Rodriguez pointed out that a national program designed to fight and definitively eliminate the remains of racism and racial discrimination is being carried out.