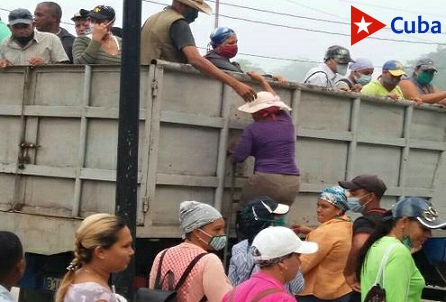 Cuba’s President Miguel Diaz-Canel welcomed on Sunday the commemoration of activities to recall the first massive volunteer work in the country, led by the Argentine Cuban fighter Ernesto Che Guevara.

On Twitter, the president highlighted the efforts of youth contingents who take on production tasks.

Diaz-Canel also noted the connection of higher education students to the coffee harvest in the eastern province of Guantanamo.

‘University students in the coffee harvest, the young present. Students from the University of Guantanamo support the collection in the mountains. A new contingent will join work in entities that pay tribute to food production,’ he also tweeted.

Che promoted that modality to build the nascent Camilo Cienfuegos School City, built for thousands of children to study from the Sierra Maestra, to the east of the country.