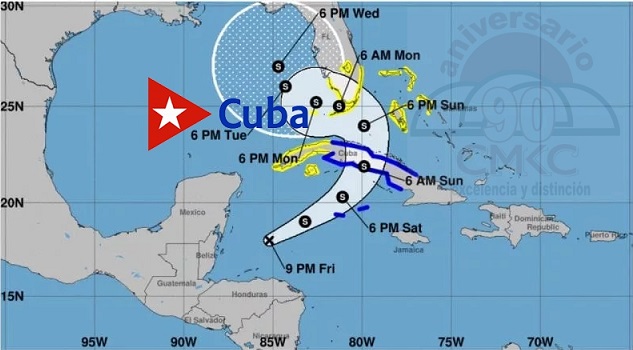 Cuba suspended transportation in much of the country as part of the measures to minimize the impact of the tropical depression Eta as it passes through the west and center of the country.

According to the Institute of Meteorology (INSMET), Eta has gained in organization and intensity and may become a tropical storm over the next few hours as it nears the seas to the south, and is expected to enter the central area of Cuba early Sunday morning.

For this reason, trips between Havana and Isla de la Juventud and railway and National Bus services from Pinar del Rio to Camagüey were canceled, the Ministry of Transportation reported.

The measures include the cessation of air transportation of passengers between the Special Municipality of Isla de la Juventud and Havana, as well as the scheduled departures of national trains and the Santiago de Cuba-Santa Clara train service starting this Saturday.

National bus services between the provinces of Pinar del Rio and Camagüey were also suspended.

The National General Staff of the Civil Defense of Cuba established on Friday the cyclone alert phase for territories of the center and west of Cuba in the proximity of the tropical depression Eta.