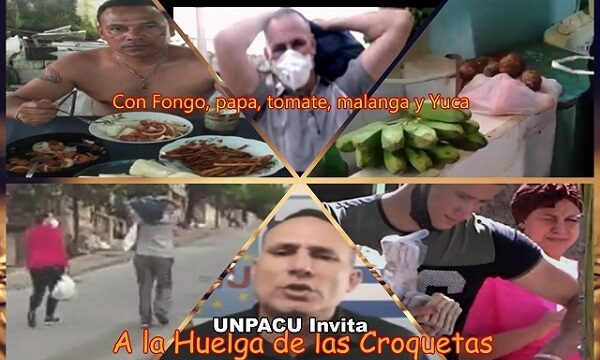 Realities- The modern world fills us daily with tons of information, it is enough to surf the Internet and we will get «anything», it is up to the Internet users to discern between the descriptions of the objective reality and those that arise from media constructions in order to confuse or distort the perception of a social fact.

Realities- I know that many of you who read these lines already know what I am referring to, since there are dozens of videos, photographs and texts on the Internet (especially on Facebook and YouTube) which, during the last 15 or 20 days, try to describe a «hunger strike and a police siege» which, according to its distributers, took place in the Santiago de Cuba Altamira neighborhood.

Realities, Their «headquarters», the «center of operations» are located in this populous neighborhood. The den of the reduced, unpopular and uncharacterized «opposition», a word with numerous synonyms for what they do with their mercenary behavior (obstacle, impediment, hindrance, barrier, interruption, obstruction…), politically it should not be used in this case.

Having described the scenario and the protagonists, let’s get to the point:

About the hunger strike there is not much to say, it is not even necessary to go into details of whether someone was taking food to them or not, it is enough to say that we are in the presence of an «exceptional» human who after 20 days without eating food has the strength to make speeches through social networks, receive visits and exchange with his peers, a person who does not lose muscle mass or mobility, nor coherence and fluency when discoursing.

There is not and never was a «hunger strike» in the nest of the ill-named UNPACU on Street 9th, between E and G, in the Altamira neighborhood, in Santiago de Cuba, as evidenced by many videos shared on social networks.

Is it impossible for the police to close an ordinary street in a Santiago neighborhood? Or there is no such siege, because the «sieged» themselves have spread the images with their visitors; I will not go into details of who visits them.

What interests me now is to understand how the visitors violated such a «cruel and merciless security device that isolates from his followers a man who has not eaten for 20 days» the truth is that the Cuban Film Institute (ICAIC in Spanish), has missed tremendous talent in Altamira.

I know it will not be difficult for you to deconstruct an illogical logic, a strike of shame staged by someone who I know orders beatings, who beats women and who distributes profits under the premise that: he who distributes takes the lion’s share.