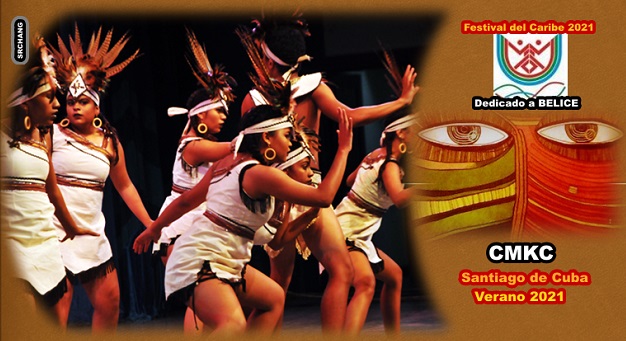 The 40th edition of the Fiesta del Fuego 2021, scheduled July 3-9 in Santiago de Cuba, will feature the cultural resistance displayed by peoples of the region who are facing a neocolonizing onslaught in the midst of the economic crisis produced by the COVID-19 pandemic.

In announcing the Fiesta del Fuego’s schedule, Orlando Vergés, director of the Casa del Caribe, thanked bearers and promoters of popular traditions for their commitment to the event, as well as Cuba’s artistic and intellectual movement and numerous friends in countries of the area and other parts of the world.

Nothing can extinguish the living flame of popular culture and, consequently, he explained, attentive to the evolution of the epidemiological situation in the province and in strict compliance with preventive measures, we are looking to combine activities involving physical presence and media events.

One of the Festival’s spaces, Vergés indicated, will be dedicated to bringing to our days, 60 years later, Fidel’s landmark “Words to Intellectuals” and their influence in the protection, promotion and development of popular cultures.

Given the complexity of the times we are living and the impact on the movement of persons within the Caribbean basin, several academic sessions and exchanges of experiences will be held in May and June, via digital platforms.

But we have not renounced events involving physical presence in July, he stated, with reduced public participation and the necessary physical distancing, including tributes to Belize, guest country of honor, and Egrem’s Siboney Studios, established on the initiative of the Comandante de la Revolución Juan Almeida Bosque, as well as concerts, dance performances, ritual presentations, exhibitions and tributes to personalities and institutions linked to the history of the Fiesta del Fuego.

Also included on the Festival’s agenda are recognitions of the role of Visual and Performing Arts institutions and presentation of the 2021 International Award to researcher and librarian Tomás Fernández Robaina.

Founders of the Caribbean Festival meet in Santiago de Cuba

Published Date: 2 julio 2020
Text and Foto: Martha Cabrales Arias
CMKC, Radio Revolution, Santiago de Cuba, – The International Festival of the Caribbean has been held in this city for almost 40 years, many of them under the leadership of late Joel James Figarola, several of its founders got together to recall the event, cut short this year by COVID- 19.

As part of a tribute that will take place on-line from July 3 through 9, the organizers and artists who have been present throughout this time and since its inception got together under the umbrella of the Caguayo Foundation.

They recalled that with the support of the Ministry of Culture and other Cuban institutions, the First Festival of Caribbean Performing Arts opened in April 1981, which despite facing many obstacles over the years it turned into a jubilee of regional spirituality.

The activities scheduled for early July, beginning of the summer season in Cuba, will highlight the legacy of the International Festival of the Caribbean, and will also serve for convening the 40th edition, which will take place in 2021 and will ratify Belize as the guest country.