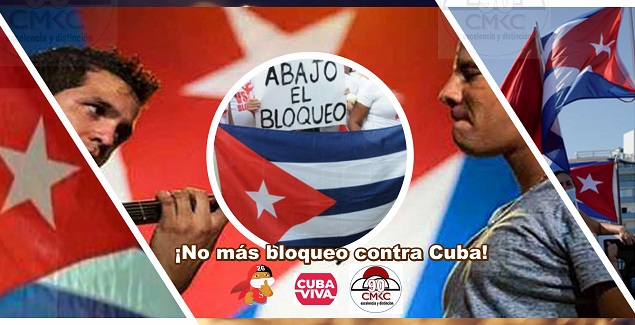 The moral universe of a hero. On the anniversary of José Martí’s death in combat, Israel Rojas of the duo Buena Fe spoke with Granma about Cuba’s national hero and his music

On the occasion of the 126th anniversary of José Martí’s death in combat, composer Israel Rojas agreed to speak with Granma about Cuba´s national hero, displaying the sensitivity fitting the conversational context of an everyday citizen of our times, like those in the song “Todo el mundo cuenta,” (Everyone counts) by the duo Buena Fe.

-On what album does this song appear?

-The song “Todo el mundo cuenta” is on Pi 3,14, born in the context of some very particular years. Buena Fe’s work cannot be interpreted in a comprehensive manner without understanding the context in which our songs were written. This is an album from 2011 that addresses the social reality of that time. Those were the years when the convocation was made for the 6th Party Congress, which was held in April of that year, after 14 years without a Congress being held, and Raul called for debate, for people to say what they thought, to go deeper in changing a number of things.

This is one of the albums we have made that most reflects Martí, given the very Cuban character it has. It is no accident that we had Eliades Ochoa on “Mamífero nacional;” “Despedida” with Pablo Milanés, and Los aldeanos for “Miedos.” We brought in guest artists because it was a year that needed consensus, needed for everyone to see themselves reflected in the country that was to be constructed, and to chart the guidelines we needed to move forward. That song is a summary of everything we wanted to express in the album, of the need to build a nation with everyone and for the good of everyone, but also emphasizing the need to understand all the parts. We could no longer think of Martí in stock phrases, but of another Martí who can be a father, a teacher, who accompanies us as a brother, blood of the poor, in doing our duty; a Martí who leaves us wondering how he could do so much without the Internet. I tell you that song is the one I am most proud of, since, apart from the context in which it emerged, it is a song that can still accompany us.»

-What value do you give the dimension of Marti’s thought in setting an ethical course for us, as a referent for conduct in the 21st century, addressing issues ranging from morality to altruism, goodness and beauty, to mention only a few?

-Martí cannot be understood if one does not comprehend his great school. It was not only the pro-independence, revolutionary environment in which he was born. I think that to have punished such a young boy, with his sensitivity, a boy who took to poetry, literature, to have condemned him to such a horrible prison in which, incredibly, the boy did not die, was the bomb. This is what forged his moral universe, his ethical universe. What horrors could that boy have seen, what pain he must have faced, making all other sacrifices seem like mere trifles? God knows how many horrible things that young boy witnessed, a boy who came from an intellectual environment, suddenly finding himself surrounded by delinquents, where some even younger than him died. This is what broadened his vision of the world, of human nature, in terms of the perverse and sends him running toward the light of beauty, toward valuing everything beautiful as if it were the last of the day. This is why when we open ourselves to Martí, his enormous moral stature shines through, his enormous vocation for service, his tireless capacity for work, his dedication and love for others.

How lucky this country has been to have a man like this, to have an example like this! Everything great and everything good is summarized in Martí, because he hoped for nothing more than that his thought survive him. If Marxists define human beings as actors and thinkers, Martí adds feeling. Martí always makes clear to us that, if ideas do not first pass through the heart, they are sterile. This is almost a revelation, a revealed truth. For me, Martí is someone to whom I always return, not to quote him by heart, but to try to understand his formula for triumphant love. Martí’s way of understanding the character of human nature, the prism through which he sees life and attempts to make thinking, doing and feeling go hand in hand. This is admirable and I try to get closer to it every day.

-Do you think that Martí’s indomitable will to fight on the battlefield against the enemy represents an eloquent example for those of us who are willing to give our lives for the welfare of our people?

There are small men, the homeland’s shrimp, who attempt at all costs to make Martí look like a conciliator, a man incapable of being radical, incapable of being intransigent. They have tried many times to sell us a faint-hearted Martí, a soft Martí. This is totally false. Martí was as radical and as intransigent as Antonio Maceo and Máximo Gómez. He was always very clear that it was impossible to build a republic, to win Cuba’s independence, trying to get along with everyone. He understood that all work was done for the good of all, he understood willpower, effort and dedication, attempting to summon all on the basis of their best side, the side that illuminates. He was very clear about human nature, about the beast that dwells inside every man and, of course, he spoke of the need for good to prevail over that beast. But he was not calling for tigers and rabbits to live in the same cage. Whoever attempts to say that does not understand Martí. This is why I have more respect for those who do know that Martí was a radical and attack him today. It is clear to them that Martí’s stature is so great that they do not have the courage to emulate him. They prefer to deny it. They prefer to judge him on the basis of their own smallness. Those who are not capable of understanding insult him. Those who prefer to fabricate a fifth column Martí and know very well that’s not the way it is, are an offense to his greatness. Martí was capable of signing in blood everything he dreamed, everything he loved. Martí was for real.