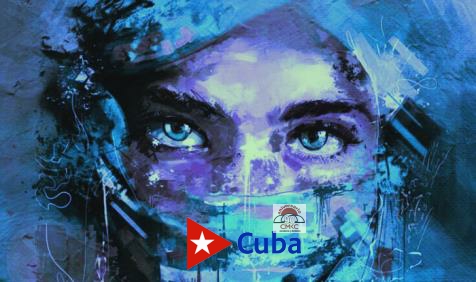 More than 200 academics and intellectuals have endorsed an open letter to the Secretariat of the Latin American Studies Association in response to this body’s questioning of Cuba’s record in protecting human rights.

More than 200 academics and intellectuals in Cuba and other countries of the hemisphere, including the United States and Canada, have endorsed the open letter sent to the Secretariat of the Latin American Studies Association (LASA) in response to this body’s statement questioning the protection of human rights in our country.

Initially signed by Aurelio Alonso, Miguel Barnet, Rafael Hernandez, Nancy Morejon, Pedro Pablo Rodriguez and Ambrosio Fornet, prestigious intellectuals deserving of the Award granted by the Cuba section of the academic organization for important accomplishments, the letter calls attention to the «unilateral attitude» and the «strange and sobering tone» of a document which, while denouncing the blockade and sanctions imposed by the United States in its attempt to overthrow the government of a sovereign nation, expresses concern for «the treatment received by academics, intellectuals and artists in Cuba.»

The signatories affirm, «Cuba should not be evaluated with a different yardstick than other Latin American countries, or the United States itself,» and point out that rejecting double standards and preconditions have long been basic premises for intellectuals and artists involved in the productive exchanges that have taken place for four decades within LASA.

They insist, «Only through the continuity of this dialogue and the application of the concepts that govern LASA as an institution, will we be able to preserve a collaboration that has served as an example of democracy and mutual respect, while contributing to the protection of our freedoms and practices of human rights in the field of education and culture, here and there.»

The LASA Secretariat’s statement was also criticized by the Argentine chapter of the In Defense of Humanity Network of Intellectuals, Artists and Social Movements, which noted that its release coincides with the launching of another campaign that seeks to distort reality and discredit Cuban institutions.

Cuba elected to Human Rights Council by 88% of UN Members

Cuba,- U.S. manipulation and coercion have once again failed. Their desperate efforts to organize a boycott of the election of Cuba as a member of the UN Human Rights Council went nowhere and Cuba was elected, for the fifth time, yesterday, with the votes of 170 countries, to occupy a seat within this body, among the eight reserved for the Latin American and Caribbean group of member states.

«Despite imperialist lies and distortion, the world recognizes Cuba, admires and respects the country for the firmness of our convictions and example. https://www.youtube.com/embed/6g22POHabo4?enablejsapi=1&autoplay=0&cc_load_policy=0&cc_lang_pref=&iv_load_policy=1&loop=0&modestbranding=0&rel=1&fs=1&playsinline=0&autohide=2&theme=dark&color=red&controls=1&