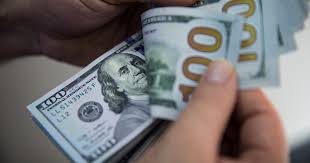 Over the last year, the Cuban banking system’s ability to deposit U.S. dollar bills, collected within national territory, in international banks has been severely restricted.

As a result of measures associated with the asphyxiating U.S. blockade of our country, the Central Bank of Cuba announced the temporary suspension of cash deposits of U.S. dollars in Cuban banks, as of June 21, 2021.

«This is a measure meant to protect the Cuban banking and financial system, which applies only to U.S. currency in cash, not existing accounts in this currency. Deposits of U.S. dollars in accounts held by individuals and legal entities are not affected by this measure in any way,» the Central Bank announcement states.

According to the press release issued, this is «a necessary decision, given that, for more than a year now, the Cuban banking system’s ability to deposit U.S. dollar bills, collected within national territory, in international banks has been restricted…

«The scenario is further aggravated by the increase in U.S. currency in cash arriving in the country as a result of U.S. government prohibitions on the regular, institutional flow of remittances.”

The announcement added, «The duration of this measure will depend on elimination of restrictions that prevent the normal functioning of export procedures for U.S. currency.»

Central Bank Vice President, Yamilé Berra Cires, pointed out that since 2005 a total of 35 foreign banks have terminated operations with Cuba, 12 of which had been heavily fined by the U.S. government, and since 2017, 106 banks have canceled messaging keys, which make communication possible between international financial institutions and their counterparts in Cuba. She explained that, in 2020 alone, 95 foreign financial institutions took 190-plus actions against Cuban banks, under pressure from U.S. policies.

Diaz-Canel reaffirms that U.S. blockade is the cause of the country’s greatest problems

Cuban president Miguel Diaz-Canel ratified today that the economic, commercial and financial blockade imposed by the U.S. government is the cause of the biggest problems in the Caribbean nation.

On Twitter, the president said that as a consequence of this extraterritorial policy, Cuban banks have had to temporarily suspend the acceptance of cash deposits of U.S. dollars.

The measure, which will take effect as of June 21, 2021, was informed Thursday on the radio program Meda Redonda by executives of the Central Bank of Cuba (BCC).

An official statement issued by this entity, pointed out that this measure is due to the obstacles imposed by the blockade so that the national banking system can deposit abroad the cash in U.S. dollars collected in the country.

The BCC clarified that, however, transfers and deposits of other freely convertible currencies are maintained, and existing accounts in the US currency remain unaffected.

It indicated that among the measures taken by the US government that have most affected Cuban financial entities, it is worth mentioning that Fincimex, AIS and the International Financial Bank have been placed as restricted institutions abroad, as well as preventing individuals and legal entities in the United States from making remittances to and from the Island.

In this regard, Carlos Fernandez de Cossio, general director in charge of the United States at the Cuban foreign affairs ministry (MINREX by its Spanish acronym), expressed that this Cuban measure is a legitimate defense and a consequence of the impact of the blockade, which for more than 60 years has tried to choke the life of Cubans and the development of the country.