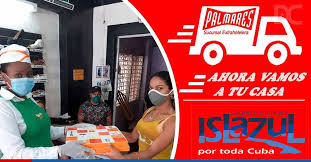 Havana, Sep 15 (Prensa Latina) In difficult times for the travel industry globally, tourism seems to have light at the end of the tunnel in Cuba, a country hard hit by Covid-19 in several economic areas.

Therefore, the announcement that by November 15 Cuba will open its doors allows a glimpse of a smile both in vacation operators and in the network of companies related in one way or another with that sector.

In that regard, Cuba’s First Deputy Minister of Tourism Maria del Carmen Orellana recently presented in the Russian city of St. Petersburg Cuba’s products for the next high season starting in November.

The idea is to give continuity to plans initiated earlier this year, in which Russians were able to rest in places like Jardines del Rey, particularly Cayo Coco, in the central-northern portion of Cuba.

The announcement of the November opening allowed a forecast of recovering at least a part of a tourism that received over four million foreign visitors per year previous the pandemic, and was very close to five million, as a record figure. Cuba reinforces the hygienic-sanitary protocols for the attention of international travelers arriving to the country as from November 15, after the decision to open the borders and restart the tourist activity, authorities pointed out as a guarantee.

Since such statement, the Government is working on the reactivation of the hotel plant, the recruitment of labor force and the search for supplies, because it will be opened in a gradual process of de-escalation, as Cuba’s Minister of Tourism Juan Carlos Garcia assured.

The minister emphasized that tourism is a strategic sector, as defined in the National Economic and Social Development Plan until 2030 because of its weight in the country’s exports and its dynamic role for the rest of the economy.

In addition to that measure, all vaccination schedules (Cuban doses) against Covid-19 suggest that the country will reach more than 90 percent of the population vaccinated in November.

Due to the pandemic, there was practically a total halt in the arrival of visitors throughout 2020, which meant that from January to August of this year, 163,743,000 tourists entered the country, two million less than those received during the same period last year, and only three poles are operating: Havana, Varadero and Cayo Coco.

As a substantial detail for the reopening, Cuba granted 2,259 certificates up to date to hotel facilities, which guarantee the condition of more hygienic and safe tourism, to ensure the control of the pandemic.

The minister noted that although there is a relaxation in the entry protocols to the country, those implemented in the sector are reinforced, which will allow controlling the SARS-CoV-2 coronavirus, along with the progress in mass vaccination across the country.

Now, Cuba expects the gradual recovery of the sector, based on the responses of traditional markets such as Canada and Europe, and the mechanisms that allow a return of tourism to the country, dangerous for the times, but extremely necessary for the very survival of the domestic economy.

The Tourism Counselor of the Cuban Embassy in Russia, Juan Carlos Escalona, confirmed on Friday that the country will begin the gradual opening of its inter-provincial borders and all tourist destinations as of November 15.
In statements to Prensa Latina, he explained that the decision responds to the progress of vaccination against Covid-19 in the country, using Cuban-made vaccines, with proven effectiveness.

The diplomat stressed that according to the immunization schedule planned by authorities, more than 90 percent of Cubans, including children over 2 years of age, will be vaccinated by November.

He pointed out that by mid-November, more flexible epidemiological protocols will be enforced, including epidemiological observation, temperature measurement and the presentation of immunization certificates with all all Russian-made vaccines against the SARS-CoV-2 coronavirus.

He explained that passengers carrying these certificates will not need to present any Polimerase Chain Reaction (PCR) tests and will only have to fill in the same form they receive during the flight.

In the case of unvaccinated travelers, Escalona pointed out that they will have to show the established documents with the negative result of a PCR test, performed 72 hours before boarding.

He stressed that the health brigades, made up of a doctor, a nurse and an epidemiologist, will continue to work in the hotels.

The diplomat highlighted that the program of excursions and visits to other cities in the country, including Havana, will be reestablished as of November 15, where hotels will start their operations as the flow of tourists increases and the demand from markets and tour operators grows.

According to the Cuban Tourism Counselor, from now until that date, tourists arriving in Cayo Coco and Varadero will undergo an antigen test or rapid test upon their arrival at the hotel, while the PCR test at the airports will be eliminated.

He commented that taking into account the rapid response from the antigen test, if it is positive, a PCR test will be performed to determine the presence of the coronavirus. The result of the test will be available within the next 24 hours, while the tourist will have to remain isolated.

Escalona reiterated that Cuba’s priority is the health and life of its population and the tourists who visit the country.