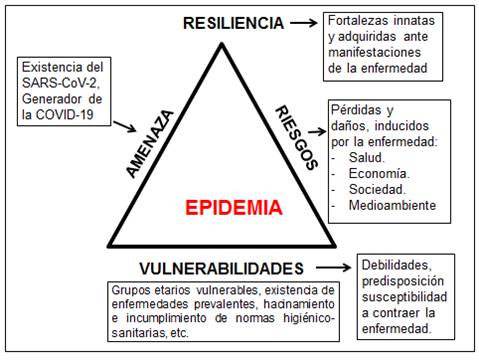 Nearly one million Cubans have suffered a case of COVID-19, and given the after-effects of the disease, their full recovery is a priority for the country

A study on the comprehensive rehabilitation of patients with post-COVID-19 sequelae, conducted at the 10 de Octubre Surgical Clinical Hospital, was the focus of attention during a meeting, held the last week of November, of Cuban scientists and the First Secretary of the Communist Party of Cuba Central Committee and President of the Republic, Miguel Díaz-Canel Bermúdez.

These gatherings have become regular events over the past two years, with scientists and experts involved in research and technological innovation reporting on their work in the battle against the coronavirus.

MSc Yulmis Rodríguez Borges presented partial findings of the study, which included patients who had discharged from the hospital at least two weeks, after testing negative for the virus, who experienced moderate disability as a result of symptoms associated with the disease, among other inclusion criteria.

More than 70% were individuals between 50 to 59 years of age or 60 years and over, reflecting the vulnerability of these sectors of the population, long after being infected.

Among the most frequent symptoms reported by the convalescents were severe exhaustion and fatigue during walking and daily activities, shortness of breath, anxiety, joint pain (dorsal, lumbar, shoulders, knees), insomnia and sleep disorders, depression, voice abnormalities and difficulty swallowing.

The results showed that 90% experienced severe exhaustion and fatigue during walking and daily activities; 70% shortness of breath; and 65% anxiety. Radiologist reported that 81.7% showed ground-glass opacity, and 71.7% had x-rays indicating fibrotic tracts in the lungs. One hundred percent experienced a decline in health-related quality of life indicators.

Rodriguez reported that, after the protocol intervention, functional capacity for daily activities and walking improved in most patients; shortness of breath decreased in 100%, and health-related quality of life indicators increased in seven of eight categories.

He emphasized that the findings validate the need to continue providing follow-up attention to these patients and evaluate their evolution in all the areas identified, over the coming months, Given the potential impact of the study, the President asked about efforts to disseminate the results.

Dr. Leovy Edrey Semino García, the Ministry of Health’s director of Rehabilitation, explained that this is an example of what is being done across the country to treat the lingering after-effects of COVID-19.

Work is underway to improve the care provided these patients, making it more comprehensive, re-evaluating programs, which go beyond physical rehabilitation. We are also investigating the main disabling symptoms and early signs of problems, he added, in order to provide more timely care to these patients, almost one million Cuban men, women, and children.

“While we are evaluating convalescents with different after-effects, from mild to severe,» Dr. Semino continued, «We are also conducting other studies, including those of persons who were not infected, but suffered the effects of prolonged confinement, especially older adults.”

The President insisted on the importance of reaching all convalescents with after-effects. This work requires a multidimensional approach, he said, and should include coordination with the Sports, Recreation and Physical Education Institute (Inder) to provide patients differentiated attention in the areas of physical culture and sports, promoting differentiated exercise programs for older adults and others.