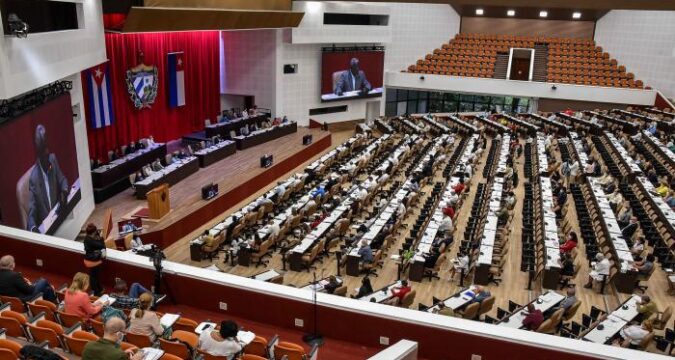 Once again reactionary forces, subordinated to the most hostile positions of the United States, have imposed in the European Parliament a resolution against Cuba under the pretext of alleged human rights violations. (ACN)

The promoters of this monstrosity have not had the least decency in lying about alleged cases of torture and cruel and inhuman treatment committed against human rights defenders, which is the way they refer to people protected and paid from the United States to subvert the constitutional order in the country.

Their determination to protect common criminals and mercenaries clearly shows their contempt for the human rights of Cubans, whose main violation, the U.S. blockade against Cuba, is not even mentioned.

The meddling terms and the most outdated colonialist language of the aforementioned resolution would not deserve any attention if they were not part of the gross attempt to isolate internationally a country subjected to an unconventional war in order to impose a change in its political system contrary to its Constitution. In this way, by the way, they avoid pronouncing themselves on real violations of human rights in Europe, in the United States of America, in Israel and in other countries where such practices do take place.

Such a selective, cynical and reiterated position is a first-rate attack against the credibility of the European Parliament and contrasts with the relations of mutual respect and political dialogue existing between Cuba and the European Union.

In the face of the promoters of a report that embodies the ignominy of that institution, the voices of denunciation of MEPs opposed to this injustice were raised firmly. We thank them, the 150 who opposed and 119 others who did not support the document, for their ethical position.

The International Relations Commission of the National Assembly of People’s Power categorically rejects this resolution and denounces before the world this new aggression against Cuba and its people.