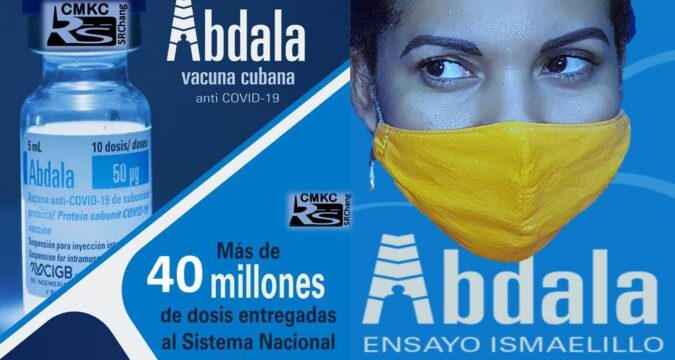 Abdala produces strong immune response in children and adolescents- An increase of 99.15% in antibody titers was noted in children three to 11 years of age, while 12 to 18 year-olds experienced an increase of 98.28%, during a clinical trial with more than 500 participants conducted in Camagüey.

A high number of IGG anti-RBD antibody titers, equivalent to four or more times that seen before immunization, was observed following the administration of the Abdala vaccine in Cuban children and adolescents, during the Ismaelillo pediatric clinical study.

The Center for Genetic Engineering and Biotechnology (CIGB), developer of the immunogen, reported on Twitter that seroconversion levels were significantly higher after vaccination in the age groups studied.

More than 500 children and adolescents participated in the clinical trial, conducted in Camagüey. An increase of 99.15% in antibody titers was noted among those between three and 11 years of age, while 12 to 18 year-olds experienced an increase of 98.28%.

The research was carried out over a three month period and officially concluded on October 13. Among its preliminary results, it was reported that more than 80% of the adverse side effects noted were mild, and other data gathered was comparable to that of adults, collected in other studies, thus demonstrating that the vaccine is safe and effective.

On October 27, after analyzing the results of the clinical trial, the Center for State Control of Medicines, Equipment and Medical Devices (Cecmed) authorized emergency use of the Cuban vaccine Abdala vaccine in the pediatric population between 2 and 11 years of age.

The regimen indicated involves a three-dose schedule, with 14-day intervals between each administration. Children two years of age and above were included in this approval, considering the information provided by the manufacturer, which justified their inclusion, Cecmed stated.

In the general population, phase iii clinical trials of the Abdala vaccine have shown efficacy of 92.28% in preventing symptomatic cases of Covid-19.