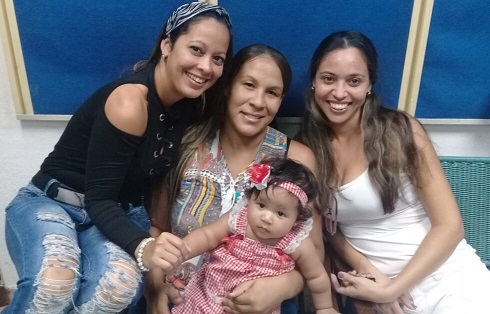 Translater: Guillermo Rodriguez Cortes.
In the beginnings of the Spanish colonization in Cuba, the conception of the Spanish legislation of that time was imposed on family relations.

With the implementation of the Spanish Civil Code in 1889, a patriarchal system of law was instituted in Cuba, characterized fundamentally by the submission of women to men, the distinctions between legitimate and illegitimate children and the exaltation of religious marriage, although in 1918 civil marriage was established as the only one.

Progressive achievements emerged from the 1940 Constitution and its complementary law, Law 9/50 on the Civil Equality of Women, which provided for the absolute equality of spouses and legitimate and illegitimate children. However, during the period prior to the Revolution that triumphed in Cuba in 1959, men continued to manage both the household and the property.

From 1959, a reversible process began of what up to that time had been unjust and discriminatory concepts for Cuban women and the so-called illegitimate family. Essential laws were enacted in harmony with the changes, among them, the Family Code, on February 14th, 1975.

Objectives of the Family Code:

The main objectives of this code are:

1- To contribute to the strengthening of the family and the bonds of reciprocal help and respect among its members;

2- To contribute to the strengthening of legally formalized or judicially recognized marriage, based on the absolute equality of rights of men and women;

3- To contribute to the most effective fulfillment by parents of their obligations with respect to the protection, moral formation and education of their children, so that they may develop fully in all aspects and as worthy citizens of socialist society;

4- To contribute to the full realization of the principle of equality of all children.

On the modifications to the draft Cuban Family Code:

The Cuban Family Code is currently in the process of modification. It is intended to adapt its precepts -once approved- to the guidelines of the United Nations Conventions on the elimination of all forms of discrimination against women and on the rights of the child.

From February 2022 and until April of the same year, the popular consultation of the draft in its 24th version will take place. The draft of the Family Code does not only focus its attention on what is strictly familiar. Due to the repercussion that this institution has and the different families that exist and are recognized, this norm will radiate in other legal institutions contained in other normative bodies very similar to this Code.

Why has been decided to democratically shield the process of elaboration of the Family Code with two institutions of popular participation such as the referendum and the popular consultation? The answer lies in the fact that it is necessary to provide the new Code with high levels of citizen legitimacy, due to the implications it has for social coexistence and for the vision of society of the new generations, hence the conception of a process aimed at seeking popular consensus, within which the popular consultation plays a decisive role.

The popular consultation is a form of popular participation through which a draft bill or political decision is submitted to a deliberative process in which the voters, gathered in assemblies previously organized in terms of form, time and space, give their considerations on the content of the draft bill, so that the decision-making body makes the relevant changes taking into account the greater or lesser intensity and the greater or lesser importance of the proposed changes.

From the popular consultation arises a citizen’s right, specifically, a right of participation, as recognized in Article 80, paragraph d of the Constitution of the Republic; this institution is an expression of the principle of popular sovereignty of Article 3 of the Constitution, and involves its direct exercise by the people.