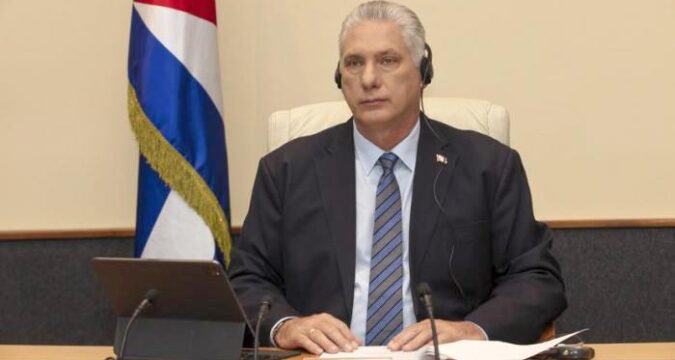 Diaz-Canel HAVANA, Cuba, Mar 9 (ACN) Cuban President Miguel Díaz-Canel met with a delegation of French deputies visiting the country and thanked them for their solidarity during their talks at the Palace of the Revolution, where he praised the support of the parliamentarians in the fight against the U.S. blockade.

On their end, the French visitors reiterated their willingness to keep promoting the development of bilateral relations in areas of mutual interest and denounced the extraterritorial impact of the blockade, which has affected joint economic projects.

Together with the French delegation of members of the Parliamentary Group of Friendship with Cuba, headed by its president, Francois-Michel Lambert, were the French ambassador to Cuba, Patrice Paoli, and the Cuban deputy foreign minister Elio Rodriguez.

Santiago Celebrates the 100th Anniversary of Radio in Cuba

The delegation met on Monday with the president of the National Assembly of People’s Power of Cuba, Esteban Lazo Hernández, as well as with the Cuban Minister of Justice, Oscar Silvera Martínez and with Deputy José Luis Toledo Santander, president of the Permanent Working Committee on Constitutional and Legal Affairs of the Cuban Parliament.

Diaz-Canel thanks French deputies for their solidarity with Cuba