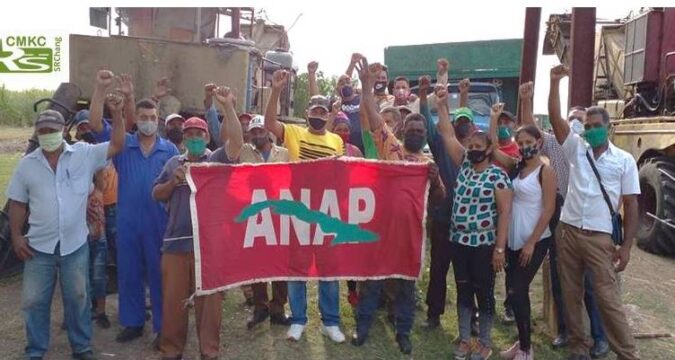 With inexhaustible patriotic love and creative impulse: Let’s go all out!- We do not say it, history does: when the Cuban people, making use of their will and their fortitude, undertake a goal, they do not cease in their efforts until they achieve it.

We do not say it, history does: when the Cuban people, making use of their will and their fortitude, undertake a goal, they do not cease in their efforts until they achieve it.

As the heart is the engine that drives us, and the love for this Cuban land fuels our strength and ignites the creativity and talent necessary to build our dreams, there has not been an obstacle capable of stopping the avalanche that detonates unity.

That is why the incredulous can believe it, the ill-intentioned can save their pessimistic assessments, and those paid from the North to stage the theatrical play of the end of the Revolution can save their circus; if we say that «we are going all out», it is because we certainly have the fullest conviction to do so.

We have plenty of reasons, well defined by the First Secretary of the Central Committee of the Party and President of the Republic, Miguel Díaz-Canel Bermúdez, in his Twitter account: «If it is about Cuba, its welfare, its struggle for life, its future and the future of all its children, we are going all out.»

And yes, at the front, impetuous, firm in their ideals, capable and dignified, is the youth. Also, the success of this phrase, born from the new generations, depends on their initiative and their desire to do everything necessary for Cuba. A phrase the country coins now, with the unchanging drive to face the adverse times, the enemy hatred that stalks us, the pandemic scars.

Our wall opens to the heart of the friend, to the one who is ready to help with sincere solidarity. It closes to those who, hypocritically, cry out SOS Cuba, with their dagger raised high to stick it in the back of those who embrace the determination to move forward, to create, to overcome.

We have immense challenges before our eyes, but none of them surpasses us. The road traveled so far has taught us that the stars are not reached by flat roads, and that our sun has spots, but also an immense and overwhelming light that envelops with warmth the daily life of this heroic island.

Absurd media campaigns and crude manipulations of the reality we live in are not enough to demotivate this people. All those efforts smell of failure from afar, because the people make their decisions based on their lived history, of what they never renounce by conviction, and we have both things to spare.

We are going all out, yes, and we are going united, because that is our greatest strength. Those who expect to see us stagnant and tired may end up just like that, because, in the homeland of Martí, of Fidel, of Raúl, in the land of fearless independence warriors and worthy rebels, it is simply impossible.