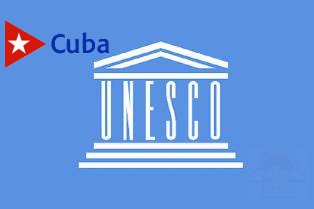 Cuba advocated sharing good practices at the regional and international level in order to strengthen the protection of intangible cultural heritage.

Cuban diplomat Lluraldi Cabas highlighted the importance of cooperation as a tool to improve the processes of identification, awareness and safeguarding of ‘living heritage’, during his address in the eighth session of the General Assembly of the 178 Member States of the convention adopted in 2003 to preserve this treasure of humanity.

According to the first secretary of the Permanent Mission of Cuba, it is also essential to strengthen the capabilities to protect the practices, expressions, knowledge or techniques transmitted by the communities from generation to generation, particularly in urban contexts.

Cabas urged promoting in the same way the collaboration between the Small Island Developing States, in the face of the consequences of climate change and natural disasters on their intangible cultural heritage.

The permanent representative of Cuba to UNESCO, Yahima Esquivel, reiterated Cuba’s support for the multilateral safeguarding instrument at the General Assembly of the Convention, on Tuesday.

Esquivel stressed Cuba’s resolute will to work on the implementation of the mechanism, whose Intergovernmental Committee the country will integrate until the end of the Assembly.