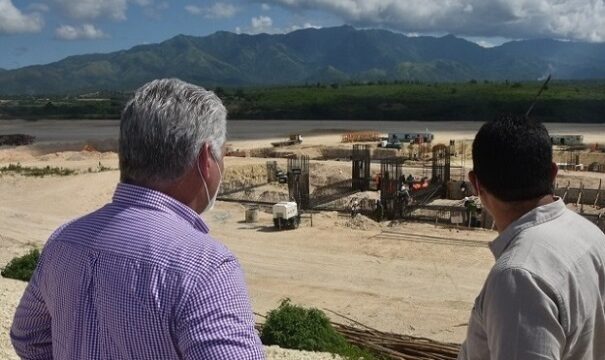 Santiago de Cuba: As part of the Cuban government’s proactive insistence on increasing links between scientific work and the rest of the country’s productive sectors, to make concrete contributions to the national economy, the government visit led by President of the Republic Miguel Díaz-Canel Bermúdez to Santiago de Cuba included in a discussion with directors, researchers, graduates and students at the Universidad de Oriente.

Santiago de Cuba: The President learned how the institution of higher learning is playing a leading role in the province’s strategy to increase the food supply, through the application of findings from some thirty scientific studies, involving more than 3,330 students and faculty members.

Referring to new organizational efforts to evaluate the impact of research and coordinate scientific and technological development programs, he explained that there remain many gaps, but contributions from researchers have already begun to flow toward concrete applications, leading to the creation of advisory technical councils in all central state administration bodies, with the participation of experts from the Cuban Academy of Sciences and university researchers.

«All this,» he emphasized, «with an inter-sectorial approach, with the participation of all areas of knowledge, including the fundamental role of the social sciences, has been put to the test during the COVID-19 battle, in which, as part of the strategy charted, we summoned experts from scientific institutions.

«This promoted more than 700 research projects across the country, new clinical trials, improvement of protocols for patient treatment, and regular follow-up meetings every week with these scientists and experts, an experience now being transferred to other areas, including encounters with the scientific community involved in food production.”