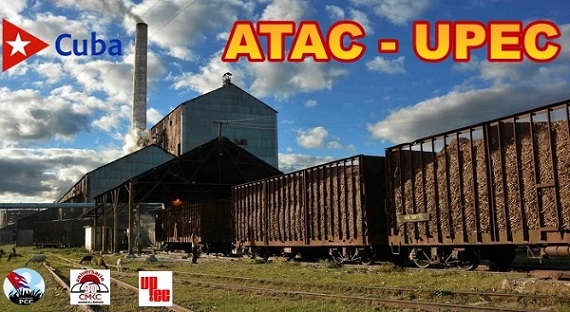 CMKC. The Radio Revolucion CMKC News Show  congratulates colleague Orlando Amaro for winning the prize in the Radio National Journalism Contest, organized by the National Association of Cuban Journalists (UPEC in Spanish), and the Association of Sugar Technicians of Cuba (ATAC in Spanish).

CMKC- In times of pandemic, two audiovisual productions in the province of Santiago de Cuba won the National Award of Sugar Journalism 2019-2020. This was recently released based on the results of the contest organized by ATAC and UPEC.

CMKC- The audiovisual national award went to Rosalina Tamayo of the Palma Soriano TV local station for filmed productions dedicated to a woman who operates a crane in the sugar harvest and for the sugar cane workers’ group in the well-known Rivera del Cauto.

CMKC- The National Award for Sugar Journalism in Radio went to Orlando Amaro, from the CMKC Provincial Radio Station, for his interview «Reinaldo the cane cutter, special adoration for the Cuban East». On this occasion, the National Sugar Journalism Award in the written press was not awarded.