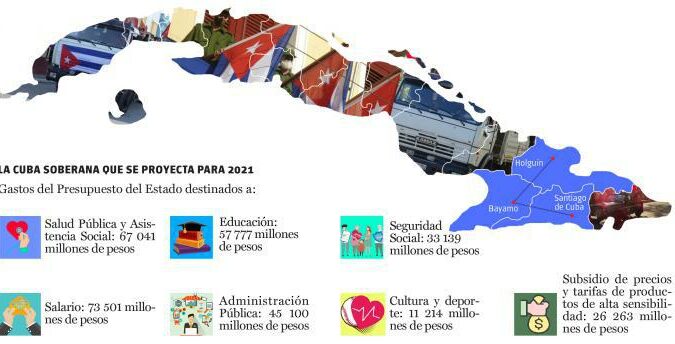 Fidel continues to command his rebel armies in a Freedom Caravan that has traveled across Cuba every January since 1959, making clear that the memory of that transcendental event in the country’s history continues to inspire new victories in the many battles Cubans face.

The new «Caravanistas» from Santiago de Cuba initiated their journey, that will culminate on January 8, in Havana, from the city’s Avenida de los Libertadores, alongside the former Moncada Garrison, which became the July 26 Educational Center following the triumph of the Revolution.

The honor of having participated in the struggle against the Batista’s dictatorship was reaffirmed by Rebel Army combatant Rafael Fong Nicolarde, who added that until his last breath he will continue to defend the sovereignty conquered and uphold the glory of our martyrs.

Wearing olive green uniforms, carrying Cuban flags and that of the July 26th of Movement, Cuban youth organizations, outstanding students and youth relieved the Santiago detachment upon entering Bayamo, the capital of Granma province, and proceeded to the city’s Plaza de la Revolución.

From the same balcony of the former City Hall, today headquarters of the Municipal Assembly of People’s Power, where Fidel addressed the Bayamo’s people on January 2, 1959, the passage of the liberators was commemorated with a political-cultural event.

The 2021 Freedom Caravan entered Holguín via the Oscar Lucero community, on the outskirts of the provincial capital. Vidal Simón Reyes, a combatant in the underground struggle and the Rebel Army expressed his pride in accompanying Fidel on the historic journey to Havana.

He spoke of how our people, particularly youth, have resisted all manner of attacks on the Revolution with firmness, in the face of the pandemic and the intensified U.S. blockade, as their Moncada, their Granma, their Sierra Maestra, their Girón and their internationalist struggles.