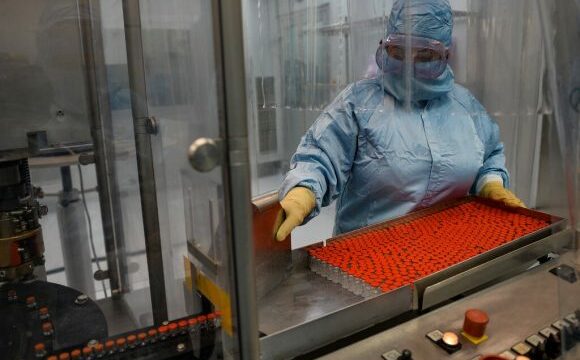 Soberana 02- The Center for State Control of Medicines, Equipment and Medical Devices (Cecmed) has authorized the initiation of phase III clinical trials of the Soberana 02 candidate vaccine, after a rigorous analysis of the documentation submitted by the Finlay Vaccine Institute on findings gathered thus far.

Soberana 02- President of the Republic of Cuba Miguel Díaz-Canel Bermúdez yesterday also posted a tweet noting that phase III clinical trials were at hand for Soberana 02 and Abdala, in Havana, Santiago de Cuba and Guantánamo, with more than 85,000 volunteers; as well as phase II trials of Soberana 01 in Cienfuegos. «Welcome hope, but let us not forget responsibility,» he added.

These accomplishments remind us that the history of the Revolution is a continuous cycle, punctuated by epic moments that serve to define both the nature of the social process and that of our people who play the leading role in all achievements.

Cuba will soon embrace a new challenge, perhaps the most important that can be waged today: the immunization of our entire population against a deadly virus that has terrorized the world.

After producing what is the first vaccine in Latin America against the SARS-COV-2 virus, according to the Pan American Health Organization and the United Nations Industrial Development Organization, Cuba will be in an ideal position to launch a vaccination campaign to protect our people from COVID-19.

What is happening in the country – while facing an atrocious blockade – is only imaginable because this is Cuba, this is our Revolution, where sleepless nights are devoted to preserving the people’s health, because of Fidel’s vision.

Cuba- Industrial production has begun of Cuba’s candidate vaccines Soberana 02 and Abdala (CIGB-66), two of the four developed on the island to combat COVID-19, with progress advancing at BioCubaFarma facilities.

Cuba has begun the process of scaling up industrial production of Cuba’s candidate vaccines Soberana 02 and Abdala (CIGB-66), two of the four developed on the island to combat COVID-19, with progress being made at facilities affiliated with the BioCubaFarma state enterprise group.

Cuban television reported that, during in a meeting with the President of the Republic, Dr. Vicente Vérez Bencomo, director of the Finlay Vaccine Institute, stated,

Cuba- «We are scaling up the process of conjugation of Soberana 02, and have been able to produce a batch of 150,000 doses that came out very well, an important scientific-technical milestone.»

Cuba- He reported that a second batch is already being prepared, and described the accomplishment as good news, adding that everyone involved feels «very hopeful.»

MSc Rita María García, BioCubaFarma’s director of Operations, told Granma that the first batches manufactured on this larger scale will be used shortly in phase III clinical studies of the two candidate vaccines.

The general director of the Finlay Vaccine Institute, Vicente Vérez Bencomo, announced, at a press conference with accredited foreign agencies in attendance, that Cuba is creating capacity to produce 100 million doses of the Soberana 02 injectable vaccine against COVID-19.

Soberana 02 is an innovative product created at the Finlay Vaccine Institute, its novelty lies in the fact that it is a conjugated vaccine, in which the virus antigen, the receptor binding domain (RBD), is chemically linked to the tetanus toxoid, while Abdala was conceived at the Center for Genetic Engineering and Biotechnology (CIGB).

Cuba has extensive experience in the development and production of vaccines.

At present, the national biopharmaceutical industry manufactures eight of the 11 vaccines used in the national expanded immunization program, which ensures a vaccination level in the country close to 100%, with a significant impact on the elimination of several infectious diseases and the reduction of the incidence rate of others.