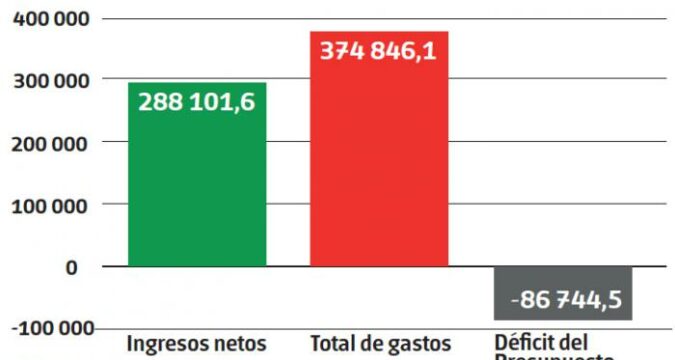 In Cuba, more than 91 % of the 60, 099 assemblies planned in the political process of information and presentation of the Plan of the economy and the Budget, which is in its final phase of implementation, have already been held.

The member of the National Secretariat of the Cuban Workers Federation (CTC by its Spanish acronym), Jose Antonio Perez, told the newspaper Trabajadores, that the meetings with the representatives are close to 90 %, and so far 1,798,218 workers and 124,743 representatives have participated.

Although the schedule established that the process was to end on March 31, it was necessary to extend it due to the impact of the COVID-19 pandemic on the labor collectives.

The main aspects addressed have been related to the increase of exports and the decrease of imports; the need to favor the development and strengthening of industry, despite the limitations of resources; as well as the increase of productive chains, not only in the business sector, but also with the non-state one.

In addition, it has been highlighted the importance of increasing food production and the role of the trade union movement in this regard, as well as efficiency, savings, productivity, quality, the strengthening of innovative work and the implementation of the 43 measures to give greater autonomy and strength to the socialist state enterprise.

Economy– The Communist Party of Cuba will hold its Eighth Congress from April 16 to April 19, where it is going to review, among other crucial issues, the economic and social results of the last five years, as well as the work projections for the next years in order to guarantee the continuity and irreversibility of Socialism and the steps to take in the advance of the economic development and the improvement of the living standards of the population, together with the necessary formation of ethical and political values among the citizens.

For almost a year, a commission of representatives of the Party, the government, the Permanent Commission for Policy Implementation and Development, grass-roots organizations, academics and researchers worked tirelessly in the preparation of the documents to be reviewed by the delegates of the congress, and that contain five main sections:

-Integral evaluation of the economic model from the Sixth Congress to the present day: Guidelines and policies.

-Update of the Conceptualization of the Social and Economic Model.

-National Plan for Economic and Social Development until 2030.

-Update of the Guidelines for the upcoming period.

These five sections will focus the debates on the social and economic results and challenges that have arisen since the Sixth Congress of the Party.

The Economic Ordering Task After a Month

Cuban economy has gone through several difficulties of varied nature in the last five years that have had an impact in the results, especially the intense tightening of the commercial and financial blockade imposed by the United States against Cuba, particularly in the last few years.

The performance of the economy has also been affected by structural problems and internal deficiencies that remain unsolved in this period. Nonetheless, Cuba has shown a great capacity of resistance, which has made possible to maintain the social achievements and continue with the development goals set and with the support provided to other peoples of the world.

From 2016 to 2019, the Gross Domestic Product grew at a discreet rate of 1% per year. For 2020, a contraction of 11% has been estimated, caused by the impact on the economic activity of the blockade and the pandemic of COVID-19.

In 2020, in order to face this complex scenario, the Social and Economic Strategy for the Progress of Economy and the Management of the World Crisis Cause by COVID-19 was passed, and they are currently working in their implementation.

From the Sixth Congress to date: Guidelines and policies

The delegates of the Eight Congress, on behalf of the people of Cuba, will be presented a report on the policies passed since the Sixth Congress of the Communist Party to date. The policies are separated in three categories based on the full, partial or failure to fulfill their goals.

Likewise, it will be reported on the status of the Guidelines, of which 70% have been implemented or are currently being implemented.

The delegates are equally going to learn some major actions carried out since the Sixth Congress to transform the economic model.

Some of the most outstanding actions taken between 2011 and 2016 include the creation of the basis for monetary restructuring, the initial steps for the development of the different economic agents, the beginning of the implementation of changes in the direction system of the economy, as well as the overhauling of direction systems and organizations at all levels of the State and Government.

The Seventh Congress marked the beginning of a new period that encompasses all the achievements and irregularities of the last five years, and the objective and subjective causes that influence in those deficiencies.

Among the subjective causes are that some policies are not as comprehensive as they are intended to be and their goals and criteria are not established in order to make an adequate assessment of their implementation. Sometimes, their scope and quality of the training and communication actions taken are not enough.

Likewise, some have failed to involve the organizations that shall, in correspondence with their functions, guide, train, support and monitor the implementation of the policies from the bottom up, restraining their ability to work comprehensively, with the required speed and quality of their actions.

In the face of this scenario, there was a new distribution of the responsibilities in the implementation of the Guidelines in the last quarter of 2018, which contributed to improve the results ahead of the second five-year period under review.

From 2016 to 2021, the highlight of all the polices and measures passed is, without a doubt, the monetary restructuring, for its complex and cross-cutting nature that touches all aspects of life in the country.

For the implementation of this task, which includes the currency and rate unification, the gradual elimination of excessive subsidies and undue supply of free services and goods, and the full transformation of the people’s income, legal regulations that superseded r modified the current ones were issued, ensuring its legal framework.

The Party, the State and the Government have permanently monitored and guided this process in order to make all the necessary and possible corrections in a timely manner.

The economic progress from 2011 to the present day and the characteristics of the current context made evident the need to update the Conceptualization of the Economic Model and the Guidelines.

In this aspect, the update draft of the Conceptualization of the Economic Model that will be presented in the Eighth Congress proposes to modify 24 % of the 342 paragraphs of the document.

The main modifications and additions seek to provide greater coherence among the basics and terms established in the new Constitution of the Republic of Cuba, and to take into consideration the result of the implementation of the Guidelines and Polices approved since the Sixth Congress to date.

A look to the National Plan through 2030

In the last five-year period, the preparation of the National Plan for Social and Economic Development until 2030 was completed. This document defines the general premises to modify the pattern of economic growth and the sustainable development of the country.

The first stage (2019-2021) have been particularly marked by the tightening of the blockade and the financial and fuel restrictions, to which should be added the impact of the pandemic of the new coronavirus. However, Cuba has not given up on reaching the goals planned for the second stage, that goes from 2022 to 2026.

For its implementation and assessment, a Working System through Macroprograms, Microprograms and Projects have been designed.

Guidelines: What has been done and what’s left

Of the 274 guidelines approved in the Seventh Congress, the update draft proposes to keep 17, modify 165, eliminate 92 based on their current status of implementation and add 18, which leaves the draft update with a total of 200 guidelines.

The projections and goals include:

-Renovate socialist planning, including greater flexibility throughout the whole process. To advance in the use of financial instruments in the conduction of economy and its close relation with long-term strategic planning.

-Strengthen the socialist state enterprise as a fundamental agent within national economy.

-Improve and develop the cooperatives and other new economic actors.

-Give continuity to the restructuring task, while keeping the principle of social justice of the Revolution.

-Broaden and diversify the financial sources and the efficient use of decentralized mechanisms of funding in hard currency, in correspondence with the demand of development.

-Strengthen the work of social prevention, assistance and work, and to implement new programs and social services, aimed at the most vulnerable people and families.

-Improve the management model of the agricultural sector, and to transform the state enterprise to sustainably increase agricultural production and to improve the conditions for the development of the remaining forms of management at the productive base.

-Consolidate the productive sectors and their linkage with the industry, tourism and the supply system to the big cities.

-Continue implementing the measures for the transformation of the energy matrix of the country, energy saving, and the efficiency and reduction of energy consumption during periods of highest demand.

-Advance in the computerization of society and process automation.

-Consolidate the achievements in social development and to increase the quality of basic services to the population, and to improve the consumption and living standards.

Transforming the current scenario requires improving the dynamics of the social and economic model, a matter that needs the convergence of all forms of property and management, as well as the contribution of science, technology and innovation.

All this work has been done under the guidance of remarks made by Army General Raúl Castro Ruz, First Secretary of the Central Committee of the Communist Party of Cuba on April 19, 2016, in the closing session of the Seventh Congress:

“The process of updating our economic model, which we initiated at the Sixth Congress, is not a task of one or two five-year periods. The course has been charted.

We will move forward with firm steps, without haste, but without pause, keeping in mind that the pace will depend on the consensus which we are capable of forging within our society, and the organizational capacity we achieve to introduce the necessary changes, without precipitation, or much less improvisation, which only lead to failure.” (Translated by ESTI)