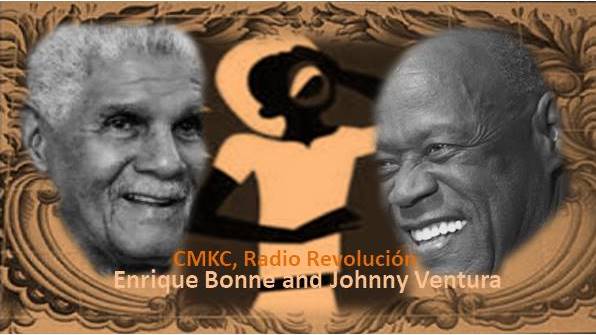 Santiago de Cuba, May 4 (Prensa Latina) National Music Prize winner Enrique Bonne and popular Dominican performer Johnny Ventura are joining their talents in an album in which they will be accompanied by the saxophone quartet Magic Sax, from this city.

Enrique Bonne and Johnny Ventura- On providing details to Prensa Latina, Juan Chacon, the group’s director, said that the track by the musician from Santiago de Cuba included in the CD ‘Imprescindibles’ is ‘Perdone usted’, which is sung by the Dominican singer.

The name of the album, he noted, responds to the interest of showing tracks that cannot be left out in an attempt to show Cuba’s valuable sonorous wealth, with authors such as Chucho Valdes, Juan Almeida, Juan Formell and Cesar Pedroso, among others.

Chacon explained that on the proximity of Bonne’s 95th birthday, on June 15, as an anticipated gift, he visited him at his home in the Sueño neighborhood and arranged a telephone conversation, in which Ventura considered it an honor to sing one of his songs.

The renowned artist praised the trajectory of the Cuban musician and his prominent place in the Latin American sound panorama, while promising a trip to this city, during which he will greet him personally.