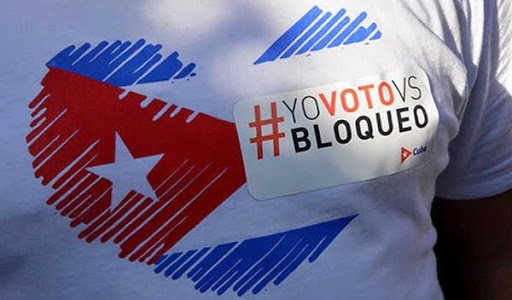 The Irish chapter of the Network of Intellectuals and Artists in Defense of Humanity called on legislators to oppose the new maneuver against Cuba in the European Parliament.

The European Union’s legislative body will vote this Tuesday on legislation presented by a small group of MEPs that seeks to condemn the Caribbean island for alleged human rights violations and calls for a halt to the implementation of the Political Dialogue and Cooperation Agreement between Brussels and Havana.

We urge the Irish MEPs to publicly oppose these maneuvers and instead advocate for a concerted international action to end the U.S. blockade against Cuba, said the members of the network in a statement, according to a note from the Prensa Latina news agency in London.

In the opinion of the intellectuals, the coercive and unilateral measures imposed by the United States on Cuba for the last 60 years, and which intensified during the COVID-19 pandemic, do violate the human rights of the Cuban people.

The Communist Party of Ireland also issued a statement against the maneuver being prepared by the right-wing MEPs against Cuba, and denounced that they are ‘extremely selective’ in the topics they choose, since none, it pointed out, cares to criticize the US blockade or the repression against the workers’ movement in Colombia.

The promoting MEPs have never been interested in the rights of the Cuban people, nor in the independence and sovereignty of Cuba. They have never raised their voices to condemn the U.S. government’s economic blockade against the 11 million Cubans, regardless of the ideology they embrace, the text affirmed.

Like the members of the network of intellectuals and artists, the Irish communists called on the population of that European nation to send a message to their representatives before the European Parliament to denounce the anti-Cuban maneuver.

We love Cuba, we can lift the blockade against that island, please, we want that good energy openly flowing as soon as possible,’ the artist tweeted.