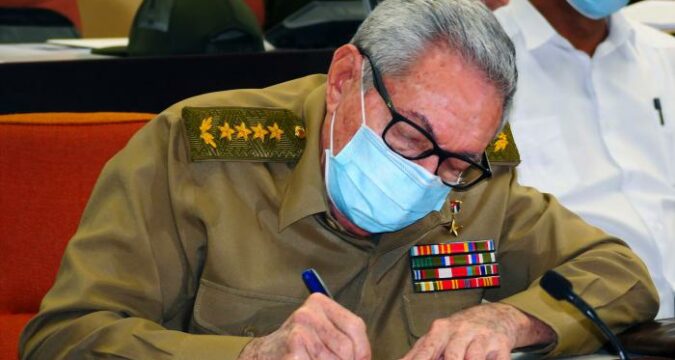 CMKC´s English language broadcast
By: Raciel Sanchez Marañon
CMKC– We have national and international news -from Cuba and around the world – followed by Dr. Jose Rubiera with «The Weather Report.» Susana Nieves brings us our international and national commentaries.

CMKC´s English language broadcast: We’ve got the speech of the Director General of the World Health Organization, Dr. Tedros Adhanom, at the closing of the 74th World Health Assembly.

CMKC´s English language broadcast: Dianelis Gonzalez has a report on the Cuban vaccine candidates Soberana 02 and Abdala and the comments of the First Secretary of the Cuban Communist Party and President of the Republic, Miguel Diaz-Canel. at a recent meeting on the COVID-19 situation on the island.

CMKC– Gerwyn Jones has «The Voice of Jose Marti.» We’ve got letters and e-mail messages from our listeners around the world on «The Mailbag Show.»

Abel Vasquez has an exclusive sports report and Lena Valverde brings us cultural news with «The Arts Roundup.»

Moscow, Jun 3 (Prensa Latina) President Vladimir Putin and Patriarch Kirill of Moscow and All Russia congratulated the former secretary general of the Communist Party of Cuba and former President Raul Castro, on his 90th birthday.
In the letter, the Russian statesman stressed that Raul Castro starred in key events in Cuban history and dedicated his life to defend the interests of his homeland and fight for social justice.

The text confirms the importance of the Cuban revolutionary leader in establishing and strengthening the relations between the two countries. ‘The constructive cooperation between Moscow and Havana will continue strengthening for the welfare of our peoples,’ Putin stressed.

On the other hand, the leader of the Russian Orthodox Church, His Holiness Kirill, highlighted in his congratulations that his life has been an example of service to the country.

Kirill thanked Raul Castro for his personal support to hold his meeting with Pope Francis in Havana.

Havana, Jun 2 (Prensa Latina) Cuba is currently making progress in improving the economy and the integration of its stakeholders, after the Council of Ministers approved provisions related to the socialist state enterprise and other forms of management.

Support for motion against US blockade against Cuba grows in Canada

Ottawa, Jun 3 (Prensa Latina) A petition registered by Canadian parliamentarian Niki Ashton against the United States’ blockade against Cuba has reached more than 1,000 signatures, diplomatic sources reported on Thursday.
The motion, presented by the legislator on May 28, and promoted by Isaac Saney, co-president of the Canadian network of Solidarity with Cuba, asks the government of Prime Minister Justin Trudeau to request that United States authorities cease this policy of sanctions, as well as the campaign of subversion, hostility and aggression against Cuba.

It also calls on Canadian federal authorities to urge the White House to remove Cuba from the list of state sponsors of terrorism.

The petition asks the Trudeau administration to enforce local laws, in particular the law against Foreign Extraterritorial Measures, in order to preserve Canadian sovereignty and ensure that local companies do not join the actions imposed by Washington on Cuba.

The petition recalls that the United States Government has imposed economic sanctions that entail a real war against Cuba for more than 60 years, and constitute the main obstacle to Cuba’s economic and social development.

The document, shared on Facebook by Cuban Ambassador to Canada Josefina Vidal, also points out that the US Government is pressuring and coercing other countries to participate in this regime of punitive measures against Cuba.

‘The economic-financial sanctions by the United States and the campaign of subversion against Cuba constitute a violation of international law, self-determination and the human rights of the Cuban people.’

Havana, Jun 3 (Prensa Latina) CubaN Minister of Culture Alpidio Alonso congratulated Army General Raul Castro on his 90th birthday on Thursday.
On his Twitter account, the minister expressed his ‘eternal gratitude to this mambi who is still with his foot in the stirrup, for everything he has done for his people, for the extraordinary strength of his example.

In the message, the minister quoted a text about Raul Castro by Cuban President Miguel Diaz-Canel and published in Granma newspaper, in which he highlighted the ‘innumerable contributions to revolutionary ethics, to the party’s work and to the Government’s improvement’.

He was a member of the so-called Centennial Generation that attacked the Moncada Garrison in Santiago de Cuba in July 1953, and along with Fidel Castro, he began the fight that culminated in the January 1, 1959, victory.

Raul Castro held Cuba’s presidency from 2006 to 2018, amid a difficult situation, during which he created consensus and promoted structural and conceptual changes to update the Cuban economic and social model.

In addition, he was the first secretary of the Communist Party of Cuba’s Central Committee from 2011 to 2021, when Miguel Diaz-Canel assumed that post.